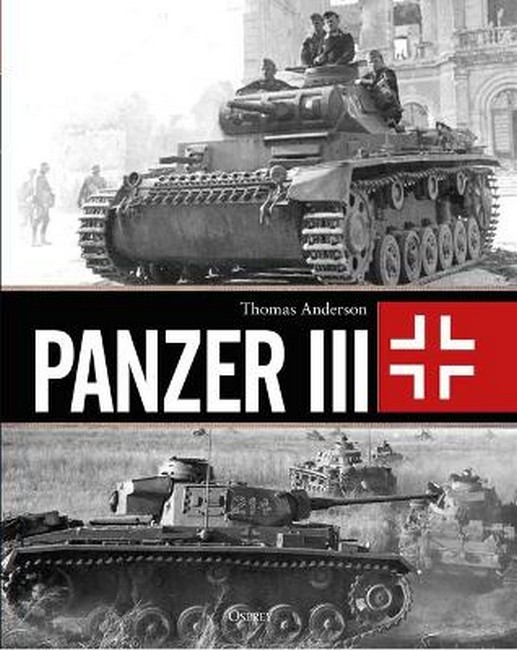 The Panzer III was the mainstay of the German armoured force in the early years of World War II and spearheaded the victories in Poland, Western Europe and the Balkans. Designed and developed in the mid-1930s, it was originally equipped with a 3.7cm gun and with 30mm thick armour. Early combat in Poland and France saw the need for this to be upgraded, and later models were armed with a5cm KwK L/42 gun and had the frontal armour reinforced to 60mm by adding extra plating. This later version proved to be particularly effective during the campaigns in the Balkans and against British armour in the North African desert campaign. However, in the first months of Operation Barbarossa - the German invasion of the Soviet Union - it became obvious to battlefield commanders that the Panzer III had become obsolete as a main battle tank and it began to be replaced by the Panzer IV as the main front-line battle tank. The Panzer III was relegated to a secondary role, but its chassis proved the basis for the Sturmgeschutz III which became the most German armoured vehicle of World War II.

A German national, Thomas Anderson is a specialist on German armoured fighting vehicles of World War II. He has spent decades trawling the archives throughout Germany and the rest of Europe to discover little-known facts and never previously published photographs of the might of the Blitzkrieg. A modeller, he regularly contributes to popular modelling and historical magazines across the globe, including Military Modelcraft International (UK), Steel Art (Italy), Historia Militar (Spain) and Batailles & Blindes (France) as well as many others. He lives in Hanigsen, Germany.