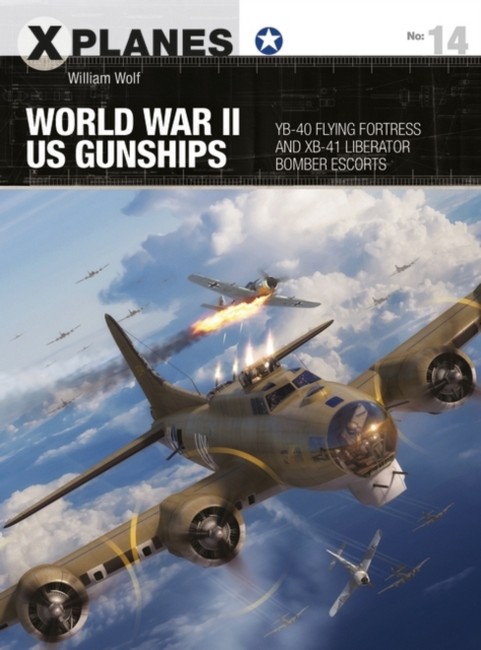 The XB-40 and XB-41 were secret, little-known experimental modifications of the B-17F and B-24D, respectively, into heavily-armed bomber gunships sometimes referred to as "bomber escorters". They were developed during early World War II in response to the lack of a USAAF long-range fighter aircraft able to escort and protect regular B-17 formations making the round trip from Britain deep into Germany. Using many formerly-classified documents from his large microfilm collection, William Wolf presents their previously-unpublished history.

It describes in depth for the first time the politics and development and associated problems of both escorter types. Unfortunately, these "protecters" were found wanting in several ways - after the addition of guns and ammunition they became overweight and tail-heavy causing center of gravity problems and each encountered numerous delays in the development and delivery of their various armament additions and improvements, particularly the Bendix chin turret. In the end, the YB-40 participated in only 14 lackluster operational service test missions during mid-1943 before being withdrawn from service.

The XB-41 Liberator never saw operational testing before also being cancelled for its poor performance. The failure of the gunship concept left a huge hole in the capabilities of the Eighth Air Force. Their failure, however, spurred the adoption of the Merlin-powered P-51 Mustang, the outstanding escort fighter that was key to Allied victory in the air war over Europe.