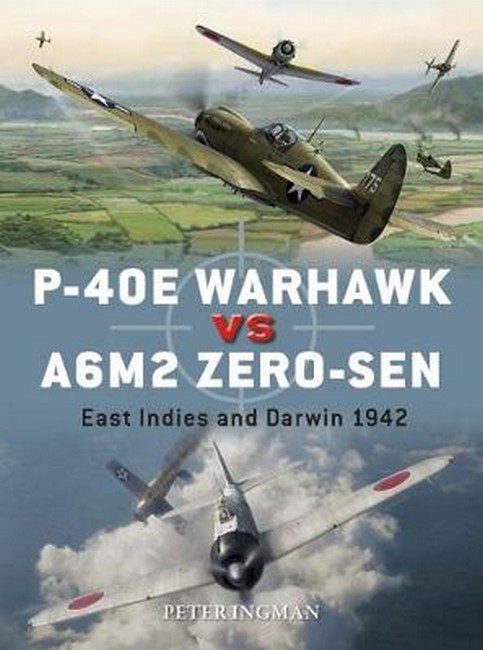 East Indies and Darwin 1942 by Ingman, Peter Code: 58967 Format: Paperback / 80 pages Publication date: 25/07/2020 Availability: Please contact us for availability Price: AU $32.99
The P-40E Warhawk is often viewed as one of the less successful American fighter designs of World War II, but in 1942 the aircraft was all that was available to the USAAC in-theatre. Units equipped with the aircraft were duly forced into combat against the deadly A6M2 Zero-sen, which had already earned itself a near-mythical reputation following its exploits over China and Pearl Harbor. During an eight-month period in 1942, an extended air campaign was fought out between the two fighters for air superiority over the Javanese and then northern Australian skies. During this time, the P-40Es and the Zero-sens regularly clashed without interference from other fighter types. In respect to losses, the Japanese 'won' these engagements, for many more P-40Es were shot down than Zero-sens. However, the American Warhawks provided a potent deterrent that forced the IJNAF to attack from high altitudes, where crews' bombing efficiency was much poorer. Fully illustrated throughout, and supported by rare and previously unpublished photographs, this book draws on both American and Japanese sources to tell the full story of the clashes between these iconic two fighters in Darwin and the East Indies.
Format: Paperback
Pages: 80
Availability: Please contact us for availability
Publisher: OSPREY
Publication date: 25/07/2020
Country of publication: UNITED KINGDOM
Weight: 0 g
Dimensions: 248mm X 184mm
Code: 58967