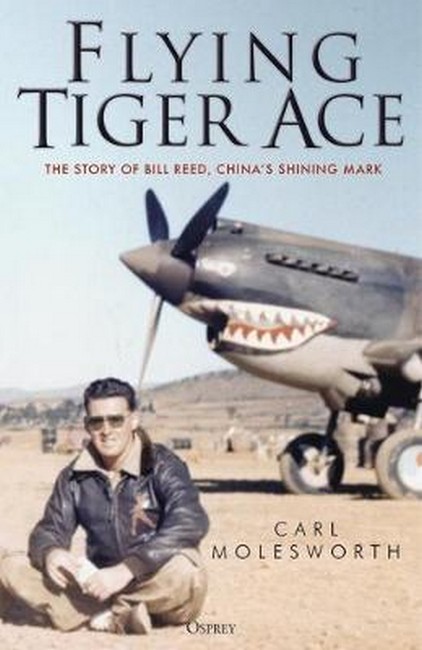 The story of Bill Reed, China's Shining Mark by Molesworth, Carl Code: 58209 Format: Hardback / 336 pages Publication date: 06/02/2020 Availability: In Stock. Usually dispatched same business day from Sydney, Australia Price: AU $49.99
Bill Reed had it all - brains, looks, athleticism, courage and a talent for leadership. After a challenging childhood in Depression-era Iowa, Reed joined the US Army Air Corps, but the outbreak of World War II saw him give up his commission. Instead, he travelled to China to fly for the American Volunteer Group - the legendary Flying Tigers. After a brief return to America, he resumed the fight as a senior pilot and later squadron commander in the Chinese-American Composite Wing. Soon afterwards, Reed tragically lost his life in a desperate parachute jump late in the war, by which point he was a fighter ace with nine confirmed aerial victories. His obituary was front-page news throughout the state of Iowa. This book is a biography of his extraordinary life, focusing on his time spent flying with some of the famous aerial groups of World War II. It draws heavily on Reed's own words, along with the author's deep knowledge of the China air war and years of research into Reed's life, to tell his compelling story.
Format: Hardback
Pages: 336
Illustration: COLOUR SECTION(S)
Availability: In Stock. Usually dispatched same business day from Sydney, Australia
Publisher: OSPREY
Publication date: 06/02/2020
Country of publication: UNITED KINGDOM
Weight: 640 g
Dimensions: 234mm X 153mm
Code: 58209

Preface Introduction Part One: The Making of a Man 1 "Everything anyone would ever want to be" 2 "Justifiable homicide" 3 "Three of us passed out of 47" Part Two: A Grand Experiment - the AVG 4 "Day after day passed by uneventfully" 5 "Don't be too much concerned, will you?" 6 "I dove and attacked them head-on" 7 "This is no time to take a runout" 8 "A pretty good day's work" 9 "I might have stayed over there" Part Three: Back to China 10 "I felt a hit in my engine" 11 "Some scheme afoot in Washington" 12 "Time we stopped fooling around" 13 "Stay in there and try a little harder" 14 "Just one of those Goddamned nights" 15 "The most staggering blow" Appendices Endnotes Bibliography List of Illustrations Acknowledgments Index