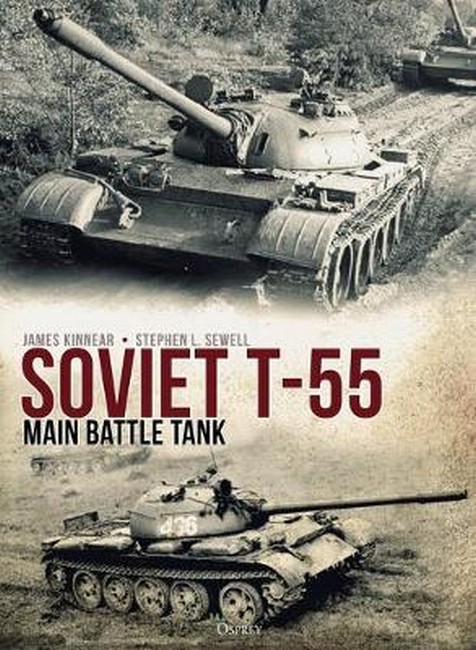 by Kinnear, James Code: 57201 Format: Hardback / 196 pages Publication date: 15/10/2019 Availability: In Stock, usually dispatched same day Price: AU $43.99 (was AU $54.99) You save AU $11.00
The T-55 is one of the most iconic weapons created by the Soviets during the Cold War and also one of the most widely deployed weapons in history. Like its younger brother, the T-54, the T-55 enjoyed a long career in the Red Army and even into the early days of the reformed Russian Army. Under their control it saw very little combat use or deployments, but it was widely sold to other nations and participated in many of the wars and combat operations from the mid-1960s to the present. The T-55 has been employed in almost every conflict in the Middle East and Africa from its introduction into service. Even today the tank is still employed by both sides in the Syrian Civil War, and they are also in service with Kurdish forces in the struggle against ISIS in the northern part of Iraq. Containing more than 400 stunning contemporary and modern photographs, and written by two experts on Soviet armour, this authoritative book tells the complete story of the T-55, one of the most widely produced tanks of all time.
Format: Hardback
Pages: 196
Illustration: COLOUR SECTION(S)
Availability: In Stock, usually dispatched same day
Publisher: OSPREY
Publication date: 15/10/2019
Country of publication: UNITED KINGDOM
Weight: 460 g
Dimensions: 248.00mm X 184.00mm
Code: 57201