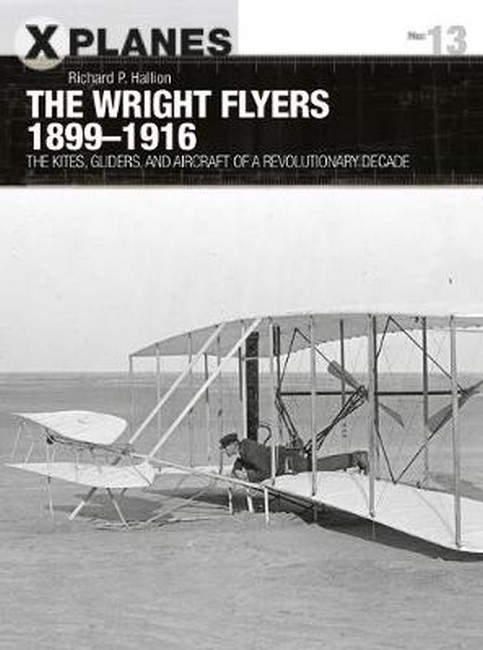 The kites, gliders, and aircraft that launched the "Air Age" by Hallion, Richard P. Code: 57621 Format: Paperback / 80 pages Publication date: 18/12/2019 Availability: In Stock. Usually dispatched same business day from Sydney, Australia Price: AU $32.99
Orville and Wilbur Wright, two bicycle-making brothers from Dayton, Ohio, secured their place as the most famous names in aviation history when, on December 17, 1903, they made the first powered, controlled, and sustained heavier-than-air flight. But their success over the cold and windswept Carolina dunes that day has overshadowed their many other accomplishments before and after that historic flight. The Wrights' progression from theory to analysis to ground-testing components and wing shapes, and then to flight-testing kites, gliders, and their first powered aeroplane, marked the world's first successful `X-Plane' research and development programme. They established a template all subsequent aircraft have followed, one still relevant in the era of hypersonic flight and drone research. This book traces the Wright Brothers' story, from their first success on that cold December day throughout their glory years to their eventual eclipse by other aviators. It explores in detail the process that lead them to their pioneering craft and their many subsequent achievements over the following years, and highlights their enduring importance in the age of modern flight.
Format: Paperback
Pages: 80
Illustration: COLOUR SECTION(S)
Availability: In Stock. Usually dispatched same business day from Sydney, Australia
Publisher: OSPREY
Publication date: 18/12/2019
Country of publication: UNITED KINGDOM
Weight: 260 g
Dimensions: 248mm X 184mm
Code: 57621