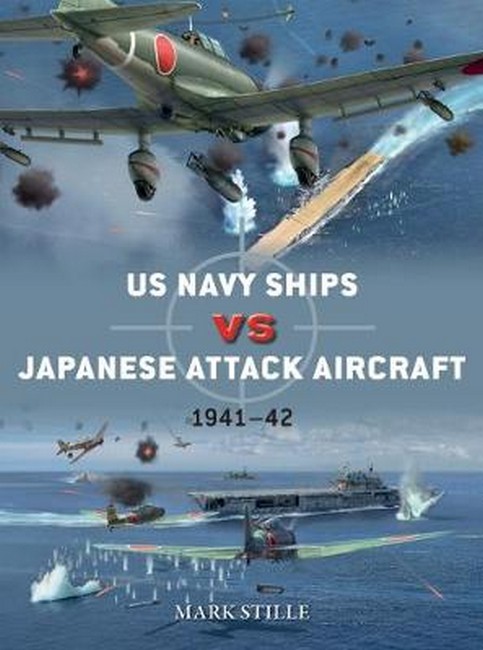 The striking power of the Imperial Japanese Navys carrier- based attack aircraft was established at Pearl Harbor, and the IJNs carrier- based torpedo and dive- bombers showed their prowess again at the Battle of Coral Sea when they sank the US Navy carrier USS Lexington and damaged the carrier USS Yorktown. Even at the disastrous Battle of Midway, the relatively small number of IJNAF attack- and torpedo-bombers that were launched against the US fleet proved that they remained a potent force by heavily damaging Yorktown again, which allowed an IJN submarine to sink the carrier. At Guadalcanal, IJNAF carrier-based aircraft sank the carrier USS Hornet and badly damaged USS Enterprise twice. However, throughout 1942, US Navy ship defences brought down an increasing number of attacking IJNAF aircraft. The final major battle of the year, the Battle of Santa Cruz, exacted crippling losses on the IJN, setting the stage for the eclipse of the IJNAFs highly trained and effective aviation attack forces. Packed with illustrations and contemporary photographs, this engrossing volume details the design, tactics, and operational records of both the US Navy ships and the IJNAF aircraft which attacked them over the year following Pearl Harbor.

Mark E. Stille (Commander, United States Navy, retired) received his BA in History from the University of Maryland and also holds an MA from the Naval War College. He has worked in the intelligence community for 35 years, including tours on the faculty of the Naval War College, on the Joint Staff and on US Navy ships. He is the author of numerous Osprey titles, focusing on naval history in the Pacific. He is currently a senior analyst working in the Washington DC area. Jim Laurier is a native of New England. He attended Paier School of Art in Hamden, Connecticut, from 1974-78, and since graduating with Honours, he has been working professionally in the field of Fine Art and Illustration. He has been commissioned to paint for the US Air Force and has aviation paintings on permanent display at the Pentagon. He lives in New Hampshire.