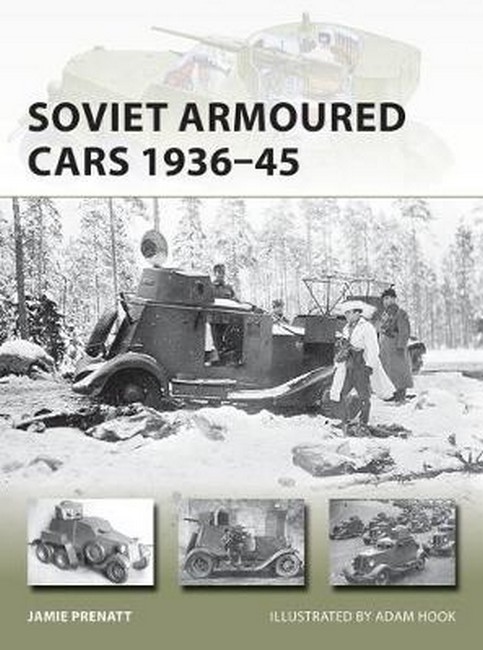 The armoured car has an important place in the early history of Soviet armoured fighting vehicles (AFVs) - they were the most important AFV during the Russian Civil War and figured prominently in the mechanization of the Red Army that began in late 1929. The 1930s saw the development and production of a wide variety of armoured cars, which were used extensively in Soviet conflicts from then on. They saw service in the Spanish Civil War, in the 1939 Manchurian conflict with Japan, and in the occupation of the Baltic states and the invasion of Poland and Finland. Although many of its armoured cars were lost in the early months following the German invasion in June 1941, Russia continued with its armoured car development program, and the final model, the BA-64, was accepted for service in 1942 with over 9,000 built before production ended in 1946. This detailed book provides a survey of Russian armoured cars from 1936 to 1945, focusing on the history, design, and specifications of the wheeled armoured cars that entered series production, including the rail variants and tracked BA-30. Packed with photographs, cross-sections, and stunning battleplates, this is a comprehensive guide to some of the Red Armys fastest AFVs.

Jamie E. Prenatt is a senior analyst in the Department of Defence. He has over 30 years of military and civilian intelligence experience and has served in a wide range of analytic, leadership, and representational assignments. He holds an MA in Government/National Security Policy from Georgetown University and has a particular interest in weapon systems development. He has taught military history, wargaming, and historical miniature painting at the Smithsonian Institution for several years and intelligence studies at the university level.