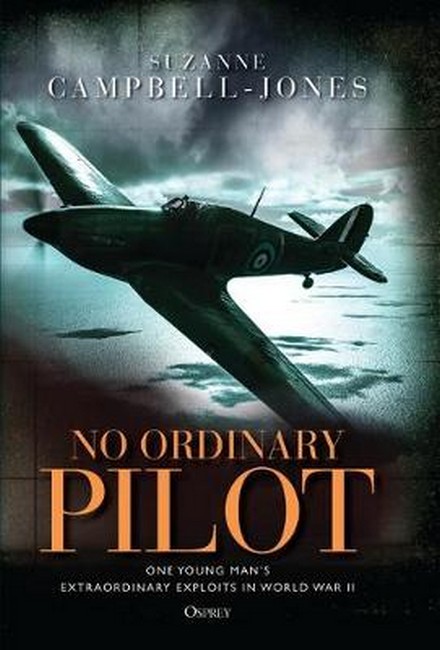 One young man's extraordinary exploits in World War II by Campbell-Jones, Suzanne Code: 50937 Format: Hardback / 320 pages Publication date: 26/02/2018 Availability: Available. Usually dispatched 1-3 business days Price: AU $36.99
After a lifetime in the RAF, Group Captain Bob Allen, finally allowed his children and grandchildren to see his official flying log. It contained the line: 'KILLED WHILST ON OPERATIONS'. He refused to answer any further questions, leaving instead a memoir of his life during World War II. Joining up aged 19, within six months he was in No.1 Squadron flying a Hurricane in a dog fight over the Channel. For almost two years he lived in West Africa, fighting Germany's Vichy French allies, as well as protecting the Southern Atlantic supply routes. Returning home at Christmas 1942, he retrained as a fighter-bomber pilot flying Typhoons and was one of the first over the Normandy beaches on D-Day. On 25 July 1944 Bob was shot down, spending the rest of the war in a POW camp where he was held in solitary confinement, interrogated by the Gestapo and imprisoned in the infamous Stalag Luft 3 and suffered the winter march of 1945 before being liberated by the Russians. Fleshing out Bob's careful third-person memoir with detailed research, his daughter Suzanne Campbell Jones tells the gripping story of a more or less ordinary man, who came home with extraordinary memories which he kept to himself for more than 50 years.
Format: Hardback
Pages: 320
Illustration: B&W THROUGHOUT
Availability: Available. Usually dispatched 1-3 business days
Publisher: OSPREY
Publication date: 26/02/2018
Country of publication: UNITED KINGDOM
Weight: 624 g
Dimensions: 234mm X 153mm
Code: 50937