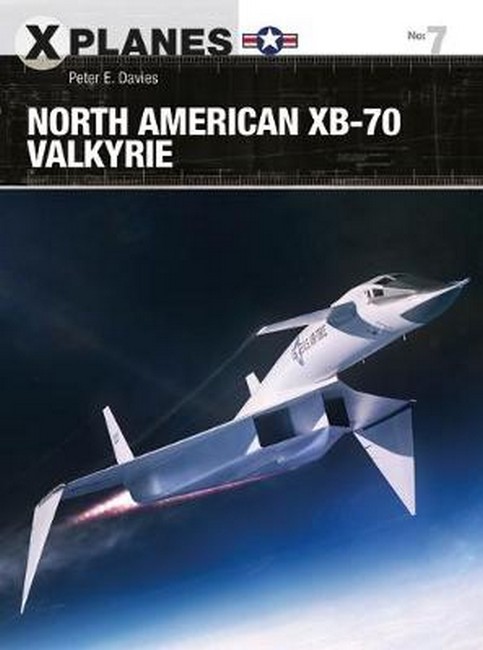 by Davies, Peter E. Code: 50935 Format: Paperback / 80 pages Publication date: 20/03/2018 Availability: Available. Usually dispatched 1-3 business days Price: AU $32.99
Of the many futuristic military aircraft concepts created in the 1950s the North American XB-70 still stands out as the most awe-inspiring. With its huge, white partially-folding delta wing, its fuselage resembling a striking cobra and its extraordinary performance, it was one of the foremost technological achievements of the 20th Century. A strategic bomber built to outrun any Soviet fighter jet, it could reach Mach 3 with a full nuclear payload - as fast as the legendary SR-71 Blackbird but more than three times the size. However, its role as a nuclear bomber was limited after the introduction of Intercontinental Ballistic Missiles, and defence cuts eventually led to the project being scrapped in the mid-1960s. The Valkyrie had a brief, costly decade of life but it proved the continuing value of developing manned bombers. However, almost half a century after the XB-70 its predecessor, the B-52, continues in service. Using full colour artwork and rigorous analysis, this is the complete story of the ultimate US Cold War military X-plane.
Format: Paperback
Pages: 80
Availability: Available. Usually dispatched 1-3 business days
Publisher: OSPREY
Publication date: 20/03/2018
Country of publication: UNITED KINGDOM
Weight: 160 g
Dimensions: 248mm X 184mm
Code: 50935