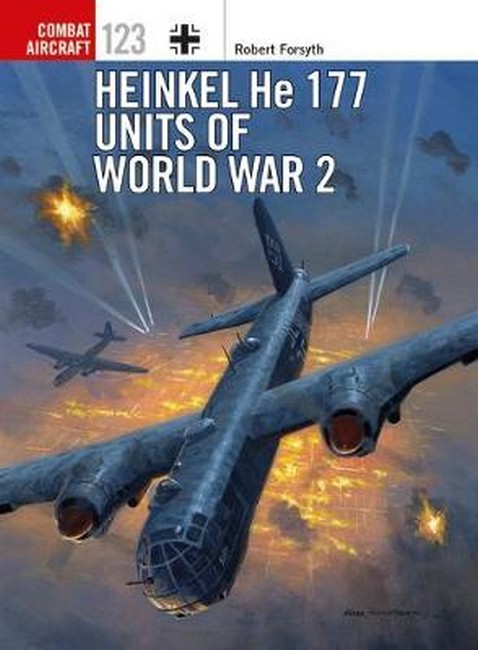 by Forsyth, Robert Code: 51569 Format: Paperback / 96 pages Publication date: 13/07/2018 Availability: Available. Usually dispatched 1-3 business days Price: AU $32.99
In many ways, the Heinkel He 177 'Greif' (Griffon) was Nazi Germany's 'lost' strategic bomber. With some fundamental creases ironed out, and built in large numbers, the He 177 would have offered the Luftwaffe the means with which to carry out long-range, mass bombing attacks against targets of a strategic nature. Although competing interests and personalities served to prevent this from happening, from mid-1943 the aircraft nevertheless saw service over England, the Atlantic, the Mediterranean and in Russia. The He 177 flew to the end of the war, with some machines undertaking extremely hazardous low-level missions against Soviet armour in Poland in late 1944-45. This fascinating book, filled with detailed artwork and contemporary photographs, tells the story of this aircraft, including the political infighting at the top of the Luftwaffe's hierarchy that stymied its development, its radical technical design and its state-of-the-art weaponry.
Format: Paperback
Pages: 96
Illustration: B&W THROUGHOUT
Availability: Available. Usually dispatched 1-3 business days
Publisher: OSPREY
Publication date: 13/07/2018
Country of publication: UNITED KINGDOM
Weight: 320 g
Dimensions: 248mm X 184mm
Code: 51569