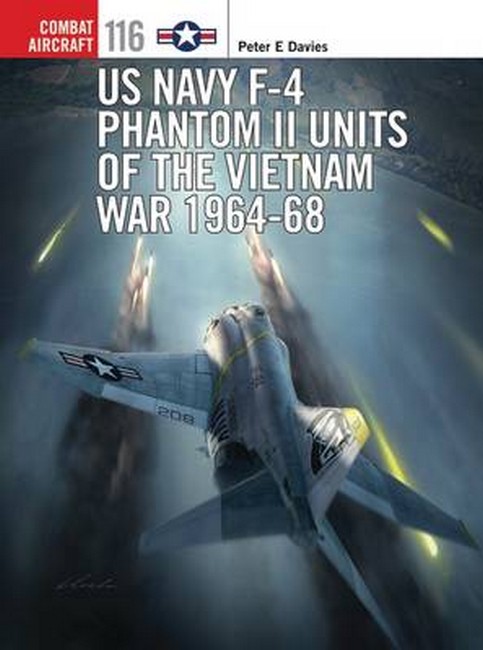 by Davies, Peter E. Code: 46176 Format: Paperback / 96 pages Publication date: 25/08/2016 Availability: Available. Usually dispatched 1-3 business days Price: AU $32.99
The F-4 Phantom II is perhaps the most famous post-war fighter. Primarily used as a land-based fighter-bomber and reconnaissance platform, its naval origins and the immense contribution made to the US war effort in Vietnam by its original carrier-based versions began its legend. This title examines the unique aspects of the Phantom that made it so crucial to US Navy pilots during the Vietnam War - its massive engine power, long range, speed, the most powerful airborne search and fire-control radar installed in a fighter at the time, and of course its versatility as a ground attack and air-to-air platform. Packed with first hand accounts, unique profile artwork and rare photographs this is the history of one of the most important aircraft to be stationed on carriers off Southeast Asia during the war.
Format: Paperback
Pages: 96
Illustration: B&W THROUGHOUT
Availability: Available. Usually dispatched 1-3 business days
Publisher: OSPREY
Publication date: 25/08/2016
Country of publication: UNITED KINGDOM
Weight: 314 g
Dimensions: 248mm X 184mm
Code: 46176

Peter E Davies has published 26 books concentrating on modern combat aircraft and the Vietnam War. He has written 13 previous Osprey titles and co-authored two others. Three of these have concentrated on the US Navys use of the F-4 Phantom II and another of his books is still selling 14 years after publication. All his books on this topic have contained extensive input from interviews with more than 100 former US Navy Phantom II aircrew, maintainers and mission planners. Jim Laurier is a native of New England, growing up in New Hampshire and Massachusetts. He has been drawing since he could hold a pencil and has worked in many mediums creating artwork on a variety of subjects. He has worked on the Osprey Aviation list since 2000 and in that time he has produced some of the finest artwork seen in these volumes. Gareth Hector is a digital artist of international standing as well as an aviation history enthusiast. Gareth completed the cover artwork.