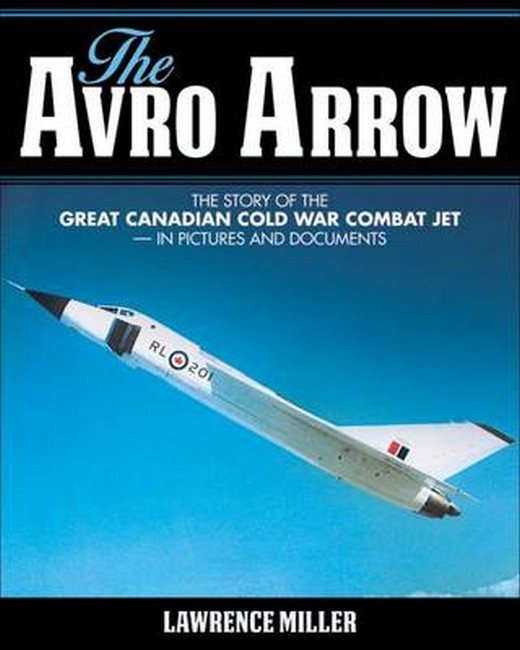 The Story of the Great Canadian Cold War Combat Jet - in Pictures and Do by Miller, Lawrence Code: 40116 Format: Hardback / 112 pages Publication date: 28/07/2016 Availability: Available. Usually dispatched 1-2 business days Price: AU $65.00
"When it first flew in 1957, the Avro Arrow was the world' best supersonic combat aircraft. It was the proudest achievement of the engineers and designers who came out of Canada' world-leading aircraft industry. They had delivered other notable aircraft, including the world' first passenger jet, but the Arrow put them ahead of everyone else in the field. The Arrow was designed to protect Canada against the military threat posed by the Soviet Union and its long-bombers loaded with nuclear weapons. It did everything it was supposed to do -- and more. Yet, after only six airplanes were built, the Arrow was killed. It was cancelled by a Conservative government overnight -- thousands lost their jobs. Its builder, Avro Aircraft, was ruined, and with it went an important high-tech industry. Astonishingly, the government ordered the finished airplanes cut up and destroyed. Nothing was to remain -- and nothing did. Using hundreds of photos, most in colour, along with original documents, this book tells this amazing story -- a key development in Canada' Cold War history. It provides the information that will let readers decide for themselves what best explains a decision which even today is hard to understand. And it shows Canada' capacity in engineering and science when challenged to produce the best in the world."
Format: Hardback
Pages: 112
Availability: Available. Usually dispatched 1-2 business days
Publisher: JAMES LORIMER & COMPANY LTD
Publication date: 28/07/2016
Country of publication: CANADA
Weight: 676 g
Dimensions: 203mm X 254mm
Code: 40116