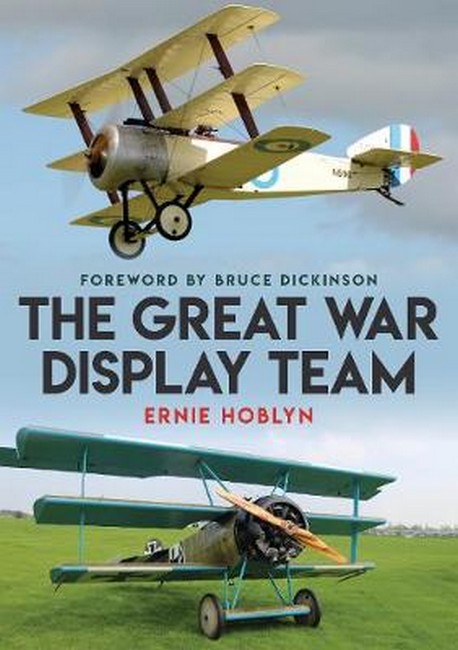 by Hoblyn, Ernie Code: 56704 Format: Paperback / 96 pages Publication date: 15/05/2019 Availability: In Stock. Usually dispatched same business day from Sydney, Australia Price: AU $18.32 (was AU $30.54) You save AU $12.22
The Great War Display Team was founded in 1988 and has since gone on to become one of Britain's premier display teams, with a wealth of talented pilots passing through its ranks and amazing crowds with a variety of recreated aircraft including Fokker Dr1s, Royal Aircraft Factory S.E.5s, a Sopwith Triplane and an Avro 504. Having built a replica Sopwith Triplane and flown it for more than a decade as part of the team, taking part in choreographed dog fight routines, Ernie Hoblyn is uniquely positioned to offer a fascinating insight into the construction of these aircraft and the realities of flying in the First World War - including the vast differences between the handling of modern aircraft and that of machines used during the war. With unprecedented access and a range of interesting photography, this is a fascinating look at what it takes to construct, pilot and display a vintage flying machine.
Format: Paperback
Pages: 96
Illustration: B&W THROUGHOUT
Availability: In Stock. Usually dispatched same business day from Sydney, Australia
Publisher: AMBERLEY
Publication date: 15/05/2019
Country of publication: UNITED KINGDOM
Weight: 320 g
Dimensions: 234mm X 165mm
Code: 56704