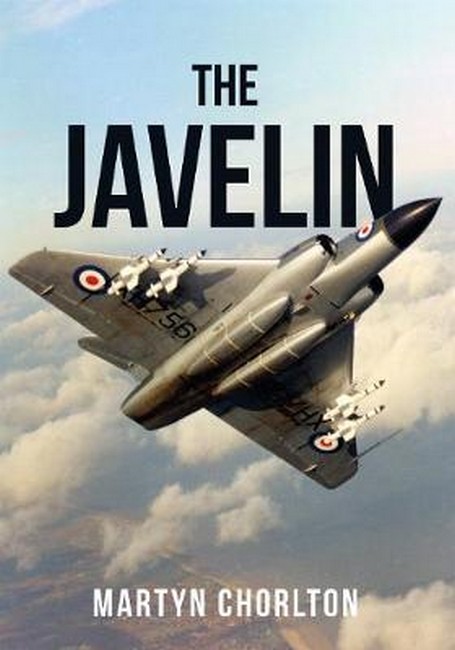 by Chorlton, Martyn Code: 56573 Format: Paperback / 96 pages Publication date: 15/03/2019 Availability: Available. Usually dispatched from UK 1-2 business days Price: AU $32.57
The RAF's first and last jet-powered delta-winged fighter, the Javelin was also the very last aircraft to be built by the Gloster Aircraft Company. The twin-engine Javelin was a complex aircraft and development began as early as 1946, the intention being for the aircraft to be a replacement for the Gloster Meteor. Designed to be the first specifically built all-weather interceptor, the Javelin experienced a protracted development period and did not enter RAF service until 1956. Progressing through nine operational marks, the Javelin proved to be more than capable of intercepting the Canberra at altitude. To keep pace with increasingly better performing Soviet bombers, the fighter's engines were progressively upgraded from 8,000 lb each in the Mk 1 to 12,300 lbs of thrust in the Mk 8. The Javelin remained the RAF's sole all-weather fighter until the arrival of the English Electric Lightning. Operating alongside the Lightning, the Javelin was retired from operational service in 1968 although one machine, now on display at IWM Duxford, remained in service with the A&AEE until 1975.
Format: Paperback
Pages: 96
Illustration: B&W THROUGHOUT
Availability: Available. Usually dispatched from UK 1-2 business days
Publisher: AMBERLEY
Publication date: 15/03/2019
Country of publication: UNITED KINGDOM
Weight: 301 g
Dimensions: 234mm X 165mm
Code: 56573