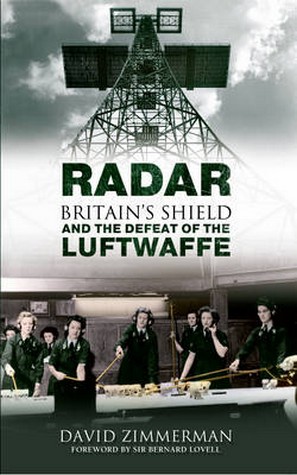 Britain's Shield and the Defeat of the Luftwaffe by Zimmerman, David Code: 31623 Format: Paperback / 352 pages Publication date: 28/05/2013 Availability: Available, please contact us for availability Price: AU $38.95
The individual bravery and skill of the Battle of Britain pilots and the fighting qualities of their aircraft would have been in vain if they had not been part of a highly complex and sophisticated air defence system based on radar. The development of the system in just five years is one of the most remarkable scientific and technological accomplishments of the twentieth century. The creation of the radar defences has been somewhat overlooked over the years. Many of the studies of radar have focused on the development of the technology, with little attention given to the creation of the much larger system for integrating radar into the nation's air defences. This work relates the development of radar with the diplomatic and air policy concerns of the period. David Zimmerman shows how a small group of scientists, engineers, airmen and politicians accomplished this technological miracle. He also reappraises Churchill's role, showing that his influence was more often than not counter-productive to the development of effective air defences.
Format: Paperback
Pages: 352
Availability: Available, please contact us for availability
Publisher: AMBERLEY
Publication date: 28/05/2013
Country of publication: UNITED KINGDOM
Weight: 320 g
Dimensions: 198.00mm X 124.00mm
Code: 31623