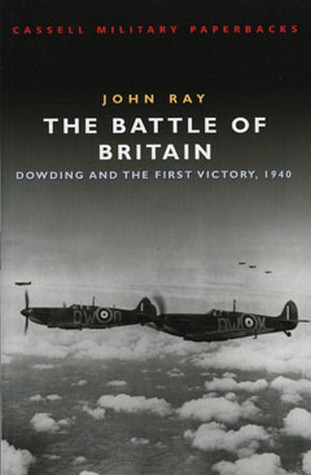 The Battle of Britain - Dowding and the First Victory, 1940

by John Ray Code: 22503 Format: Paperback Publication date: 01/07/2009 Availability: Available. Usually dispatched 1-3 business days Price: AU $13.95
Publishers notes: July 1940: as Britain stood alone, the Army exhausted and defeated by the Wehrmacht and the Royal Navy stretched worldwide, only the English Channel and the RAF remained between Britain and the expected German invasion. But the Luftwaffe's ill-prepared and last-minute assault on the RAF was met by a carefully planned system of fighter intervention, the defensive strategy devised by Hugh Dowding, Commander-in-Chief, RAF Fighter Command. Dowding fought and won Britain's most vital victory, the Battle of Britain. Yet he was dismissed in October 1940. Why? The full story of Dowding's struggle to victory is revealed in this masterly new study by Second World War historian John Ray. Dowding was under daily attack from rivals in the RAF and at the Air Ministry, who wanted a different approach to air defence, despite the severity of the threat and Dowding's success. John Ray tracks the course of the Battle and the internal arguments that threatened Dowding's position and RAF supremacy; this new perspective, matching the ebb and flow of bitter argument in the corridors of power with the drama of war in the air, makes for an engrossing study in RAF history and reveals the truth behind the Battle of Britain.
Format: Paperback
Availability: Available. Usually dispatched 1-3 business days
Publisher: DENNIS JONES & ASSOCIATES
Publication date: 01/07/2009
Country of publication: AUSTRALIA
Weight: 166 g
Dimensions: 0.00mm X 0.00mm
Code: 22503