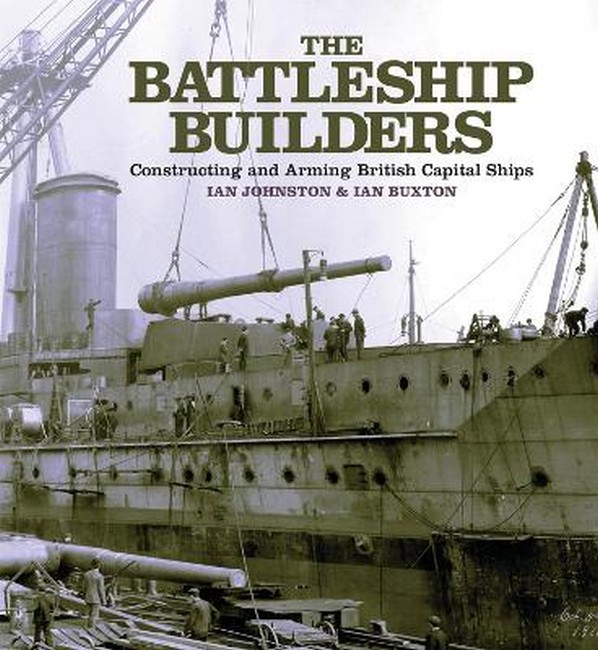 IAN JOHNSTON has had a lifelong interest in shipbuilding, and has written histories of both John Browns and Beardmores. His most recent book, Clydebank Battlecruisers, was published in 2011\. IAN BUXTON, a retired naval architect, is an acknowledged expert on shipbuilding, and is perhaps best known for his book Big Gun Monitors.

The launch in 1906 of HMS Dreadnought, the worlds first all-big-gun battleship, rendered all existing battle fleets obsolete, but at the same time it wiped out the Royal Navys numerical advantage, so expensively maintained for decades. Already locked in an arms race with Germany, Britain urgently needed to build an entirely new battle fleet of these larger, more complex and more costly vessels. In this she succeeded spectacularly: in little over a decade fifty such ships were completed, almost exactly double what Germany achieved. It was only made possible by the countrys vast industrial nexus of shipbuilders, engine manufacturers, armament firms and specialist armor producers, whose contribution to the creation of the Grand Fleet is too often ignored. This heroic achievement, and how it was done, is the central theme of this book. It charts the rise of the large industrial conglomerates that were key to this success, looks at their reaction to fast-moving technical changes, and analyses the politics of funding this vast national effort, both before and during the Great War. It also attempts to assess the true cost and value of the Grand Fleet in terms of the resources consumed. And finally, it describes the effects of the post-war recession, industrial contraction, and the very different conditions that influenced the last generation of British battleships built before and during the Second World War. AUTHORS: Ian Johnston was brought up in a shipbuilding family, although his own career was in graphic design. A lifetimes interest in ships and shipbuilding has borne fruit in a number of publications, including Ships for a Nation, a history of John Browns, and Beardmore Built, the story of another great Clydeside yard. Ian Buxton has been working in and around the whisky industry for close to 30 years, but has been drinking professionally for a good deal longer. He began writing regularly for Whisky Magazine shortly after it launched, and now also writes in a variety of trade and consumer titles here and abroad. He has published a number of books, including the bestselling 101 Whiskies to Try Before You Die and 101 Gins to Try Before You Die. 280 b/w photographs and line drawings