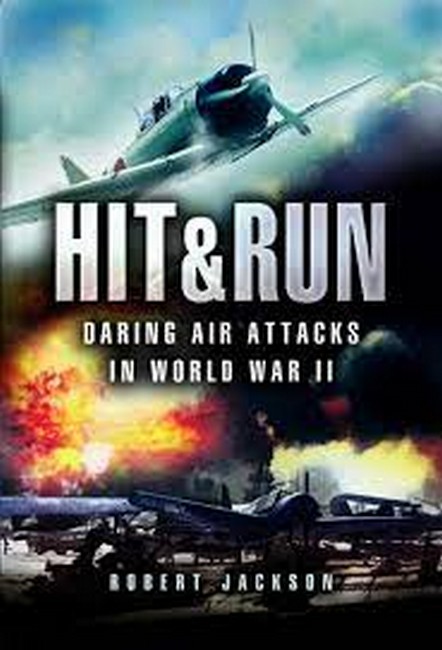 The book describes some of the most daring air attacks of World War II. Some were outstanding successes and some were unmitigated disasters. North Sea Battle: In the early weeks of World War II, Britain and Germany were determined to attack one anothers warships in their respective naval bases. Both RAF and Luftwaffe learned the folly of sending unescorted bombers into enemy territory.Flames over France: In May 1940, the RAF and French Air Force launched a series of desperate hit-and-run attacks on the German armoured columns advancing into France and Belgium. The cost was appalling.Precision Attack: In August 1940, a newly-formed Luftwaffe unit called Erprobungsgruppe 210 (Test Group 210), equipped with bomb-carrying Messerschmitts, was assigned a mission to wipe out British radar stations in a series of lightning low-level attacks.Carrier Strike: In November 1940, a force of Fairey Swordfish torpedo-bombers crippled the Italian fleet in a daring night attack on the naval base at Taranto.By Daylight to Germany: In the summer of 1941, Blenheim squadrons of No 2 Group RAF launched a series of daring low-level attacks on power stations and naval facilities in northern Germany. The principal target was Bremen, at the extreme limit of the bombers range.Plus...Mission to Augsburg * Target Tokyo * Dead on Time * Extreme Danger Mission * The Raid That Failed * The Anniversary Raids * Mosquito Mission * The Luftwaffes Last Fling. AUTHOR: Robert Jackson is the author of over eighty books on military, aviation, naval and scientific subjects. He was defense and science correspondent for a major British newspaper publishing group. Among the other books he has compiled for Pen & Sword are Bf-109 in the FlightCraft series and for TankCraft he has written extensively on the T-34, the Panzer I and II, the Centurion and Chieftain Main Battle Tanks as well as the Russian T54/55. 40 b/w illustrations

Robert Jackson is the author of over 80 books on military, aviation, naval and scientific subjects, in addition to twenty works of fiction. He was defence and science correspondent for a major British newspaper publishing group. His expertise has led to books covering major studies of all aspects of individual campaigns and wars, for example Arnhem: the Battle Remembered and Suez: the Forgotten Invasion, and also books that examine the operational histories of particular subjects such as the Battleship Bismarck and individual aircraft types like the Hawker Hurricane. A former pilot and navigation instructor, he was a squadron leader in the RAF Volunteer Reserve. He is a Past President of Durham County Rugby Union. Born in the North Yorkshire village of Melsonby and educated at Richmond School in the same county, he lives in Darlington, Co Durham, with his wife Maureen.