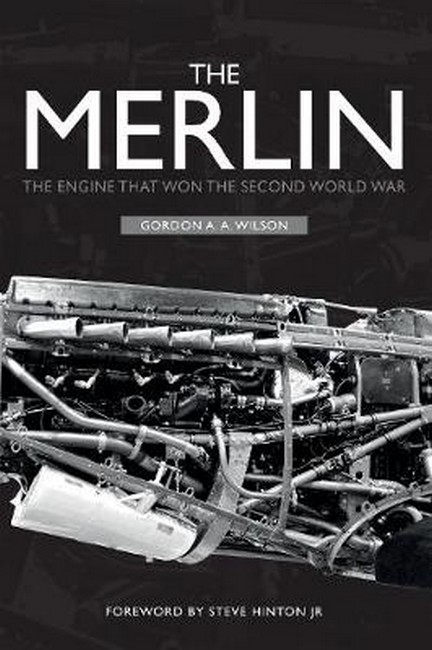 The Engine That Won the Second World War by Wilson, Gordon A. A. Code: 58948 Format: Paperback / 256 pages Publication date: 01/09/2020 Availability: In Stock. Usually dispatched same business day from Sydney, Australia Price: AU $20.73
The Rolls-Royce Merlin is the most recognisable aero engine in the world. It powered the Battle of Britain aircraft, the Spitfire and Hurricane, as they defended the shores of Britain against the Luftwaffe, foiling Hitler's plans to invade in summer 1940. It also powered the Lancasters and Halifaxes of Bomber Command as they went on their missions of destruction to the German heartland. And the 'wooden wonder', the Mosquito, was powered by the Merlin, its pinpoint bombing accuracy and reconnaissance work proving vital to the war effort. For the Americans, the Merlin was the power plant of the Mustang escort fighter that protected the US Air Force B-17 Flying Fortress and B-29 Super Fortress bombers on their daylight raids to the enemy. The P-51 was also used in the North African, Mediterranean and Pacific theatres. So the Merlin worked day and night to secure the eventual Allied victory. It has rightfully been described as the most significant aircraft piston engine in history and in the twentyfirst century its distinctive 'drone' can still be heard over England as the Battle of Britain Memorial Flight take to the air on special occasions - most recently on the centenary of the RAF - with its Lancaster leading the Merlin-powered Spitfires and Hurricanes in formation. Retired military and commercial pilot Gordon Wilson tells the human story of the development of the engine and its operational use during the war, featuring the voices of air crew who relied on this technological tour de force.
Format: Paperback
Pages: 256
Illustration: B&W THROUGHOUT
Availability: In Stock. Usually dispatched same business day from Sydney, Australia
Publisher: AMBERLEY
Publication date: 01/09/2020
Country of publication: UNITED KINGDOM
Weight: 240 g
Dimensions: 198mm X 129mm
Code: 58948