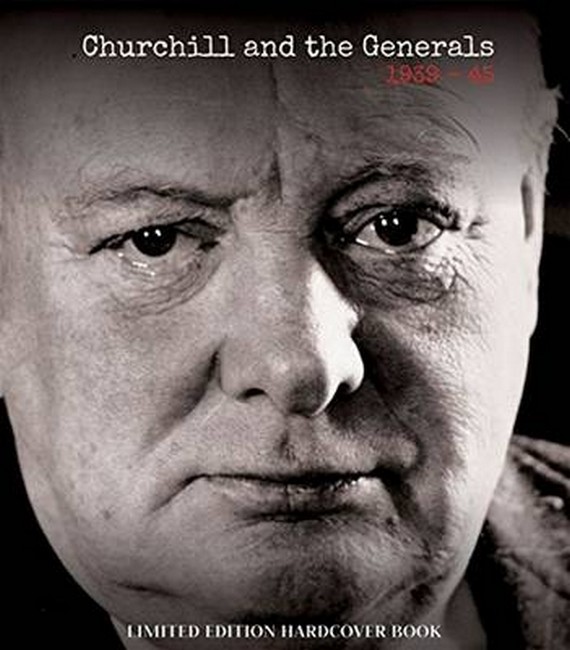 Churchill and the Generals

by Lepine, Mike Code: 51130 Format: Paperback / 136 pages Publication date: 09/03/2015 Availability: In Stock. Usually dispatched same business day from Sydney, Australia Price: AU $63.99 (was AU $79.99) You save AU $16.00
This is the incredible story of the darkest days of World War II when Winston Churchill and his generals—Montgomery, Alexander, Wavell, and Brooke—were facing catastrophe on every front. They suffered defeat at Dunkirk and survived the Battle of Britain. With enormous amounts of courage and skill they fought off the Luftwaffe and managed to hold on until the Allied invasion of Europe. On May 10th, 1940 Churchill became Prime Minister and took control of Britain’s War Effort. He appointed key men to command the forces upon which the free world’s survival depended. Men like Montgomery, Slim, Auchinleck, Alanbrooke, and Alexander were given the highest command to wage war “against a monstrous tyranny never surpassed in the dark lamentable catalogue of human crime.” This is the story of his relationships with these remarkable men and the American generals who followed them including Dwight Eisenhower and George Marshall.
Format: Paperback
Pages: 136
Availability: In Stock. Usually dispatched same business day from Sydney, Australia
Publisher: DANANN PUBLISHING LIMITED
Publication date: 09/03/2015
Country of publication: UNITED KINGDOM
Weight: 1240 g
Dimensions: 270mm X 270mm
Code: 51130