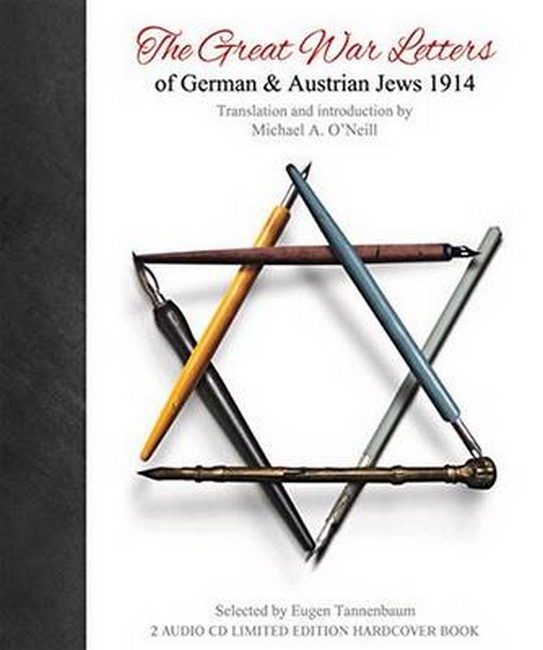 In the mud and bloody filth of the trenches, and in the bullet-saturated air above the Eastern and Western fronts, Jewish soldiers and airmen went to fight for their country. They did so pushing against a wave of discrimination from the country they were born into, and whose cause they were absolutely convinced was just. Neither did they doubt that Germany would triumph and lead Europe and the Jews into a better world. 120,000 of them would die on the front lines for their country.
Available in English for the first time, we read the heart-warming, moving and intensely personal letters that the young soldiers wrote home from the battlefield. The uniquely Jewish viewpoint they express, and the strong traditional elements in their religion, bring the conflict between the inhumane war, and religious belief into sharp contrast. The young mens’ attempts to adhere to their faith and rituals during the violent horror of trench warfare are touching, and often tinged with self-deprecating humour. The immense pain, the keenly-felt loss of comrades and a yearning for home and loved ones shine through the soldiers’ words One great leitmotiv runs through the letters: the hope for equality. The war letters are a unique insight into life, battle and death on the enemy front lines, and the extraordinary Jewish experience in particular.

Michael A. O’Neill is a writer and actor who trained at the Central School of Speech and Drama in London. For many years he wrote scripts
for historical documentaries, which he also produced and narrated; these have been shown worldwide on a variety of TV channels such as the
Discovery Channel and the History Channel. He scripted and composed the music for the TV series ‘Hitler’s War’, and has also written novels
and articles for newspapers.