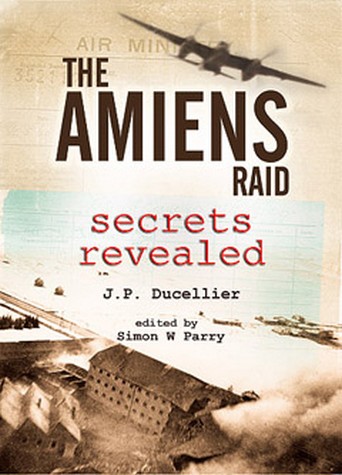 by Dr J P Ducellier Code: 23003 Format: Hardback / 400 pages Publication date: 01/07/2011 Availability: Available. Usually dispatched 1-3 business days Price: AU $79.95
Publisher's Notes: Three squadrons of Mosquito's streak over snow covered France at tree-top height; their target a prison full of Resistance Fighters and British Agents, their purpose to free them - or kill them. Desperate calls to London from the French Resistance told of 100 men and women due to be shot at dawn, and of a British Agent being tortured to reveal the secrets of the Allied invasion plan. Film-Star RAF pilot Group Captain Pickard led the raid that smashed the prison walls and killed the German guards while the Resistance stormed the prison to release their comrades . This is the legend behind one of the most famous precision bombing raids of WW2, a raid of great daring that inspired the films 633 Squadron and Mosquito Squadron - but what was the truth? For over 60 years this version of events has been believed and many have gone to their graves in the certain knowledge that they had helped save the inmates from certain death and preserved the secret of the coming invasion, but this was not the truth. The following are among the often repeated 'facts' that are shown to be incorrect: Legend: The raid was to free Resistance workers and saboteurs Truth: The raid was part of a deception that led Rommel to believe the Allies would land in the north Legend: The raid was code-named 'Operation Jericho' Truth: The raid had no code-name. It was called 'Operation Jericho' in a post-war film Legend: A mass-execution was to take place the next day Truth: There was no 'mass-execution' of Resistance workers planned Legend: A British Agent who knew the details of the Allied Invasion was being tortured to reveal the secrets Truth: There was no such agent Legend: 'Film Star' pilot Pickard led the raid and dropped the bomb that breached the walls Truth: Group Captain Pickard was shot down before he dropped his bombs
Format: Hardback
Pages: 400
Illustration: B&W THROUGHOUT
Availability: Available. Usually dispatched 1-3 business days
Publisher: DLS AUSTRALIA
Publication date: 01/07/2011
Country of publication: AUSTRALIA
Weight: 1226 g
Dimensions: 220mm X 153mm
Code: 23003