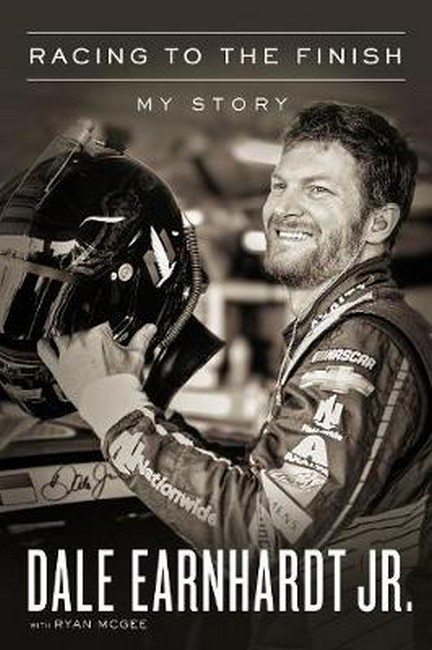 Racing to the Finish

My Story by Earnhardt Jr., Dale Code: 51766 Format: Hardback / 272 pages Publication date: 04/12/2018 Availability: In Stock. Usually dispatched same business day from Sydney, Australia Price: AU $23.39 (was AU $38.99) You save AU $15.60
It was a seemingly minor crash at Michigan International Speedway in June 2016 that ended the day early for Dale Earnhardt Jr. What he didn't know was that it would also end his driving for the year. He'd dealt with concussions before, but concussions are like snowflakes-no two are the same. And recovery can be brutal-and lengthy.As a third-generation driver in a family forever connected to the sport of stock-car racing, how could Dale Earnhardt Jr. sit on the sidelines and watch everyone else take their laps It was one of the toughest seasons of his life-one that changed him forever.In this gripping narrative from one of professional sports' most beloved figures, Dale Jr. shares stories from his journey: how his career and his injury have transformed him, how he made the decision to retire at the end of the 2017 season after eighteen years behind the wheel, and what lies ahead for him in the next chapter of his life. There's no second-guessing and no regrets from Driver #88. He simply wants to go out on his own terms and make the rest of his life off the racetrack count. Junior says, "I don't want these last races to be just about me but rather the people who made my success possible: my fans, the folks who pack the grandstands rain or shine, my teammates and crew members through the years, industry colleagues, track volunteers, friends, family, sponsors. They've all played a role. I couldn't have done it without them."
Format: Hardback
Pages: 272
Availability: In Stock. Usually dispatched same business day from Sydney, Australia
Publisher:
Publication date: 04/12/2018
Country of publication: UNITED STATES
Weight: 400 g
Dimensions: 150mm X 150mm
Code: 51766