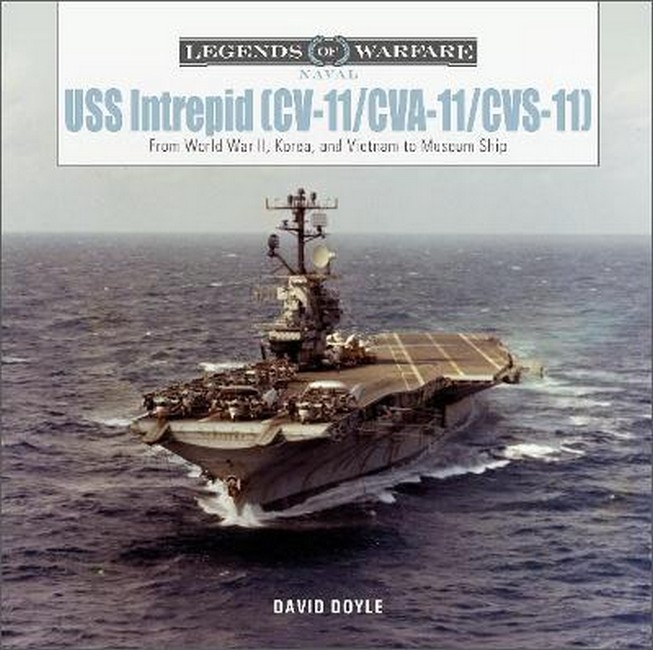 A visual history of USS Intrepid, one of the most visited museum ships in the world. USS Intrepid, the "Fighting I," was one of Americas longest-serving aircraft carriers. Launched during WWII, Intrepid and her crews weathered kamikazes, torpedoes, and typhoons throughout three years of heavy combat. Decommissioned after WWII, Intrepid was recommissioned in 1955 and designated as an attack carrier (CVA), and in 1961 as an antisubmarine warfare carrier (CVS). In the early 1960s, Intrepid served to retrieve some of the nations first astronauts during the pioneering Mercury and Gemini spaceflights. In 1966, Intrepid made the first of three deployments to the Tonkin Gulf for combat operations with Carrier Air Wing 10 during the Vietnam War. Intrepid cruised throughout the North Atlantic and Mediterranean in the early 1970s while patrolling for Soviet submarines in antisubmarine operations during the Cold War. With her days at sea over, Intrepid first hosted the Navy exhibits during the US bicentennial celebrations in 1976, before finding a new home as the Intrepid Sea, Air & Space Museum on the Hudson River waterfront in New York City. AUTHOR: Since 2003, over 200 of David Doyles books have been published, and the range of subjects has expanded to include aircraft and warships. Doyles works are notable for their rare photographs, meticulously researched by David and his wife, Denise. 330 colour and b/w photographs

The maritime books by David Doyle, author of more than 125 books, are noted for their thorough coverage of historic vessels and his celebrated ability to locate scarce vintage imagery.