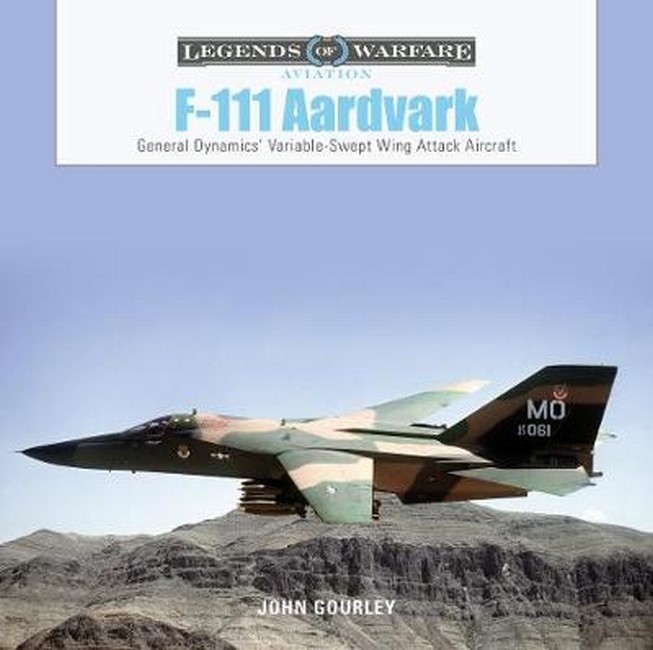 General Dynamics' Variable-Swept-Wing Attack Aircraft by Gourley, John Code: 60301 Format: Hardback / 128 pages Publication date: 01/05/2021 Availability: Future Publication. Pre-order now. Due date: May 2021 Price: AU $29.99
The General Dynamics F-111 was one of aviation history's most promising planes when it came out in the early 1960s. Despite a rocky service career, political changes in how the military acquired its weaponry, and the addition of too much new technology, the plane provided a credible frontline deterrent to NATO in the Cold War era and was used to great effect in the Vietnam War and Operation Desert Storm. Many of the challenges faced by putting the F-111 - with all of its new systems - into service are now accepted as a normal outfit in modern fighter aircraft. The F-111 had a lot of bad publicity, but in the end the F-111 did its job extremely well. Although the Navy did not accept the F-111B model, the Grumman F-14 Tomcat became a success, resulting in large part from the F-111B experience and tests it did accomplish with the radar and missile systems. AUTHOR: John Gourley is a military veteran with a career as a crash/rescue fire protection specialist with the United States Air Force, and as a civilian working for the US government. His lifelong hobby has been photographing military hardware. SELLING POINTS: All-new account of the F-111, including all subtypes, systems, and combat history Covers aspects such as interior/exterior configurations, weapons systems, missions, and capabilities Features new photos of existing aircraft, with relevant line drawings, artwork, and details 267 colour and b/w photographs
Format: Hardback
Pages: 128
Illustration: COLOUR SECTION(S)
Availability: Future Publication. Pre-order now. Due date: May 2021
Publisher: SCHIFFER PUBLISHING LTD
Publication date: 01/05/2021
Country of publication: UNITED STATES
Weight: 0 g
Dimensions: 229mm X 229mm
Code: 60301