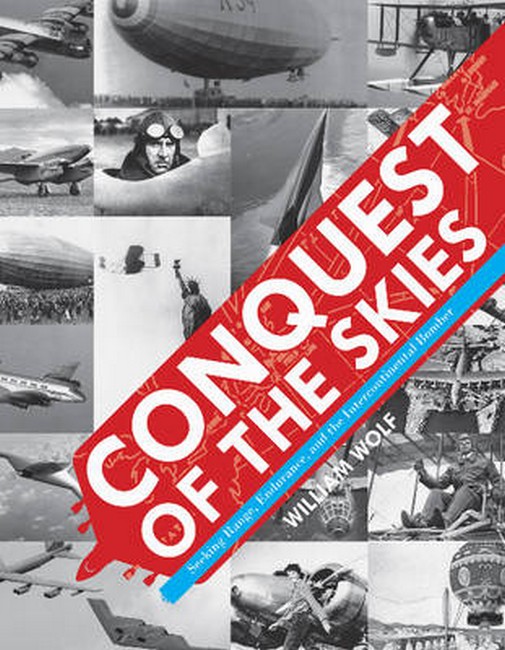 Conquest of the Skies

Seeking Range, Endurance, and the Intercontinental Bomber by Wolf, William Code: 48807 Format: Hardback / 400 pages Publication date: 28/08/2017 Availability: Available. Usually dispatched 1-2 business days Price: AU $160.00
This meticulously researched volume is a must in the library of any aviation buff: the most comprehensive descriptive and illustrated history of military and civilian aircraft and their pilots (men and women) to increase the range and endurance of their aircraft. Beginning with the proof of concept efforts to establish the airplane as a true flying machine from 1900 to WWI, it then delves into civilian and military efforts by country, with the civilian effort mainly for personal achievement and the military for ultimately developing the intercontinental bomber and beyond. Hundreds of daring civilian flights of the 1920s and 30s are described by nation until the start of WWII. The inflight refueling mania of the 1930s and pre- and post-WWII military refueling efforts are covered. Post-WWII civilian aircraft and military fighter distance record attempts are included, as are the efforts of the Cold War and beyond. Also described are airline, seaplane, balloon, glider, hang glider, solar, and human-powered aircraft accounts.
Format: Hardback
Pages: 400
Availability: Available. Usually dispatched 1-2 business days
Publisher: SCHIFFER PUBLISHING
Publication date: 28/08/2017
Country of publication: UNITED STATES
Weight: 0 g
Dimensions: 279.00mm X 215.00mm
Code: 48807