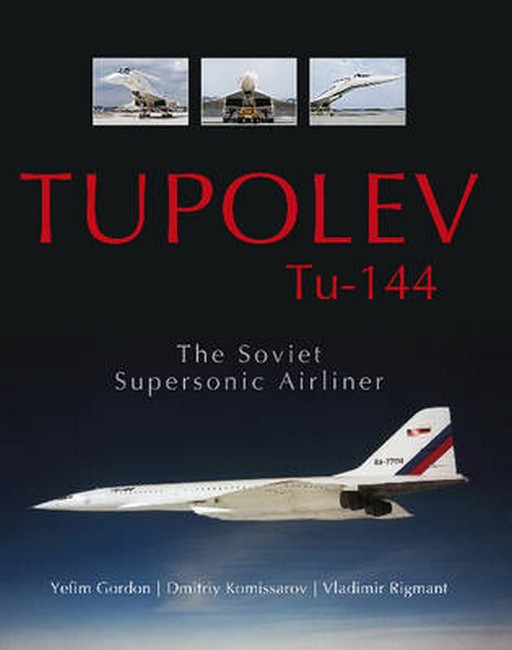 The Soviet Supersonic Airliner by Yefim Gordon Code: 37909 Format: Hardback / 272 pages Publication date: 28/05/2015 Availability: Available. Usually dispatched 1-2 business days Price: AU $135.00
Developed in the 1960s/1970s, the Tu-144 was the Soviet Union's only practical venture into supersonic commercial aviation. Though its career was all too brief, it was a major technological achievement for the Soviet aircraft industry. The book provides in-depth coverage of the "Concordski," including projected versions, the Tu-144's production and service history, and a comparison with the Concorde. First flown on the last day of 1968-ahead of the Concorde-the Tu-144 had to undergo a long gestation period before the production version entered service in November 1977. Unfortunately, its career proved to be brief; two accidents and a powerful anti-Tu-144 lobby caused the type to be withdrawn in May 1978. The book describes the Tu-144's versions (including the Tu-144LL research aircraft developed under a Russian-U.S. program) and touches on the projected military derivatives. It is illustrated with color side views and previously unpublished photographs.
Format: Hardback
Pages: 272
Availability: Available. Usually dispatched 1-2 business days
Publisher: SCHIFFER PUBLISHING
Publication date: 28/05/2015
Country of publication: UNITED STATES
Weight: 1665 g
Dimensions: 279mm X 215mm
Code: 37909