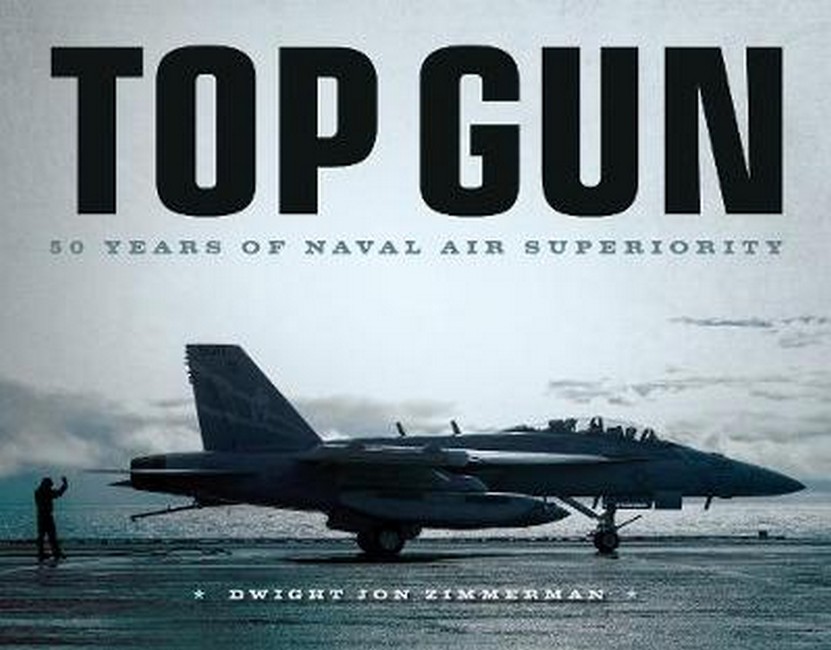 50 Years of Naval Air Superiority by Zimmerman, Dwight Jon Code: 56071 Format: Hardback / 160 pages Publication date: 06/06/2019 Availability: Available, please contact us for availability Price: AU $49.99
Top Gun: 50 Years of Naval Air Superiority begins with a fascinating behind-the-scenes account of the blockbuster film that helped America shake off the trauma of the Vietnam War and once again take pride in its military. The book then launches into the even more incredible story of why and how such men consistently capture the imagination of children, adults, pilots, and audiences around the world. Chapters spotlight pivotal military movies and television shows that presaged the movie Top Gun, including edge-of-the-seat vignettes and anecdotes of pilots and their lifestyles, the origin of the Navy's fighter pilot program and its rigorous training, and how it inspired the Air Force's counterpart, Red Flag. Other chapters highlight what it takes to be a pilot in other branches of the armed forces, and takes a look back in time at the most notorious (and feared) pilots of World War I and World War II from all around the globe. Fast forward to the jet age, when the first aces flew hair-raising missions over Korea and Vietnam, and learn how past and contemporary aerial dogfighting really works. The book also reveals the many technological advances that transformed aerial combat from the dangerous, unsynchronized machine guns that bounced bullets off propellers in World War I to today, where air-to-air missiles are launched by pilots who have no visual contact with an adversary, and finally illustrates how drones are adding a new dimension to the meaning of Top Gun. Finish with an in-depth look at Naval Station Fallon, one of the most modern and renowned American naval stations, located outside Fallon, Nevada. Top Gun: 50 Years of Naval Air Superiority concludes with a look at Top Gun 2, the highly anticipated sequel to one of the biggest action movies of all time and the one that made Tom Cruise a worldwide superstar. Featuring over 200 never-before-seen photos, new interviews and stories from aces, engineers, commanders, and more, and written by best-selling author and president of the Military Writers Society of America, Dwight Zimmerman, Top Gun: 50 Years of Naval Air Superiority is the must-have guide to the fastest, deadliest, most storied aerial combat squadron the world has ever known.
Format: Hardback
Pages: 160
Illustration: B&W THROUGHOUT
Availability: Available, please contact us for availability
Publisher: MOTOR BOOKS INTERNATIONAL
Publication date: 06/06/2019
Country of publication: UNITED STATES
Weight: 840 g
Dimensions: 210mm X 270mm
Code: 56071