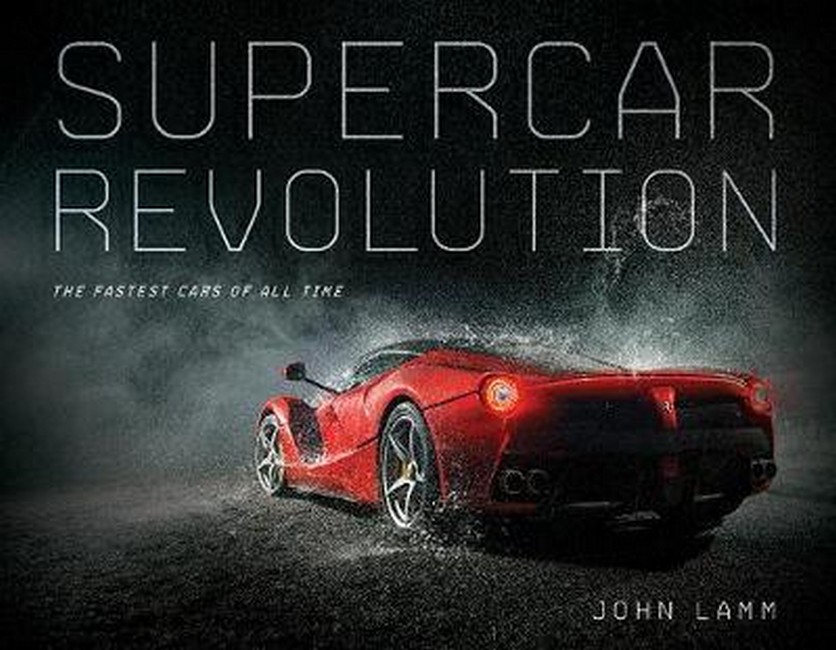 The Fastest Cars of All Time by Lamm, John Code: 51758 Format: Hardback / 240 pages Publication date: 13/11/2018 Availability: In Stock. Usually dispatched same business day from Sydney, Australia Price: AU $41.25 (was AU $55.00) You save AU $13.75
Supercar Revolution charts the evolution of the battle for performance and supremacy among the world's leading marques, including Ferrari, Lamborghini, Bugatti, Porsche, Aston Martin, and Ford GT. If you want to get to know the ins and outs of the high-budget, near space-age vehicles we call supercars, then you need look no further. Supercar Revolutionprofiles the designers and engineers who developed these beasts, and includes interviews with the racers and celebrities who drive them. And that's not to mention the fabulous photographs of the supercars themselves you'll find throughout this highly produced volume. Jay Leno, the host of Jay Leno's Garage and one of the best-known automotive collectors and enthusiasts in the world, is also featured in several hilarious and informative commentaries. You'll love his many stories and be informed by his opinions on these incredible cars (many of which he owns). Supercar Revolution conveys the power of automotive aesthetics and performance as they're pushed to their absolute limits like you've never seen before. It is a new benchmark in automotive publishing, and is destined to become a classic history of these incredible marques.
Format: Hardback
Pages: 240
Availability: In Stock. Usually dispatched same business day from Sydney, Australia
Publisher: MOTOR BOOKS INTERNATIONAL
Publication date: 13/11/2018
Country of publication: UNITED KINGDOM
Weight: 1300 g
Dimensions: 216mm X 279mm
Code: 51758