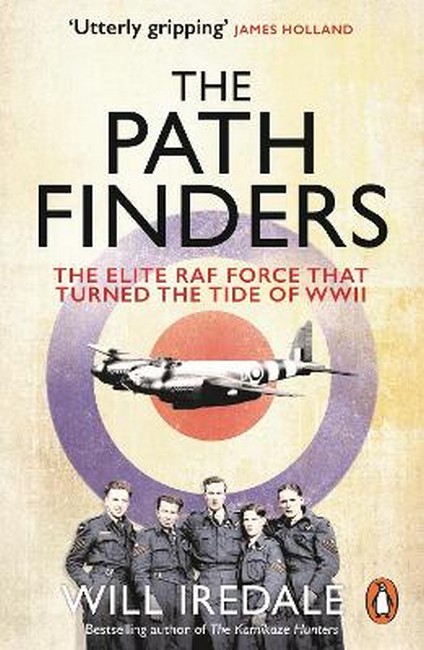 The untold story of the elite force that spearheaded almost every British bombing raid over Nazi Germany by the Sunday Times bestselling author of The Kamikaze Hunters. Perfect for fans off John Nichols Spitfire, Patrick Bishops Fighter Boys and Dambusters Dark low-level raids, dodging anti-aircraft flak to make pinpoint-accurate drops - the incredible story of ordinary men and women who took to the skies to mark bomb targets inside Hitlers Germany The Pathfinders were the crack team that transformed the hit rate in the RAFs Bomber Command from 24% in August 1942 to an incredible 95% hit rate by 1945. They transformed Bomber Command - the only part of the Allied war effort capable of attacking the heart of Nazi Germany - from an impotent division on the cusp of disintegration in 1942 to a force capable of razing whole German cities to the ground, inspiring fear in Hitlers senior command and helping the Allies deliver decisive victory in World War II. With exclusive interviews with remaining survivors, personal diaries, previously classified records and never-before seen photographs, The Pathfinders brings to life the characters of the airmen and women -- many barely out of their teens - who took to the skies in iconic British aircraft such as the Lancaster and the Mosquito, facing almost unimaginable levels of violence from enemy fighter planes to strike the heart of the Nazi war machine.

Review: Book of the Year Bronze Award Winner * Military History Matters *
They were the bravest of the brave... [an] absorbing history * Daily Mail (Book of the Week) *
A sensitive, colourful and moving account... Compelling -- Saul David * Telegraph ***** *
Another excellent book by Will Iredale, delving into the story of Bomber Commands Pathfinder Squadrons with drama and pace. The human stories, and the incredible advancements in aerial warfare, leap from the page from start to finish * John Nichol, author of TORNADO - In the Eye of the Storm *
Fascinating and utterly gripping ... Will Iredales painstaking research is impeccable, as is his storytelling. This stunning book is scored with unforgettable characters, reminding us this is a human story of resourcefulness, ingenuity, and above all, extraordinary courage -- James Holland

Will Iredale is a bestselling author, journalist and media consultant. After a decade working at the Sunday Times, first on the foreign news desk and subsequently the home news desk specialising in domestic news and investigations, he wrote the bestselling book The Kamikaze Hunters. He is currently a media consultant and lives in Kent with his family.