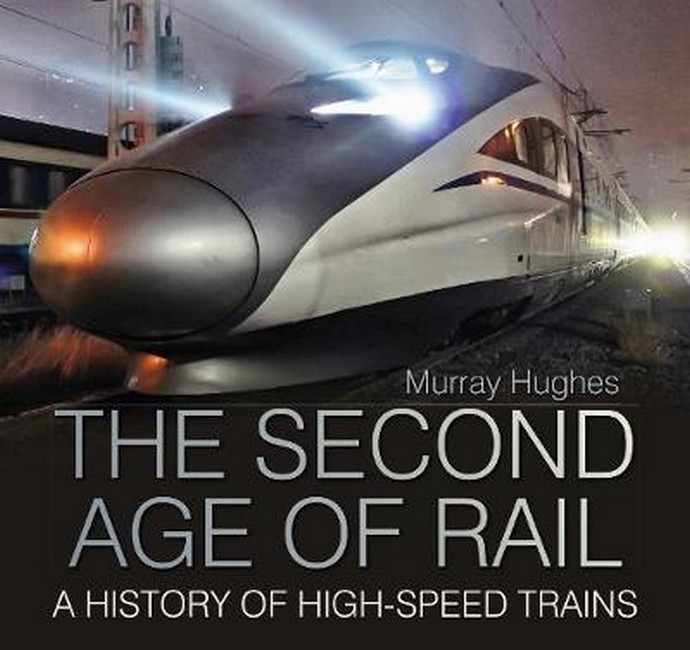 The Second Age of Rail

A History of High-Speed Trains by Hughes, Murray Code: 58921 Format: Paperback / 192 pages Publication date: 13/11/2020 Availability: Available. Usually dispatched 1-2 business days Price: AU $54.99
Speed on steel wheels has fascinated engineers for nearly two centuries, and a string of stunning records in the last twenty-five years has pushed railway engineering towards new frontiers. Japan pioneer of high-speed train technology set the precedent with its legendary bullet trains in 1964; since then a dozen countries have joined the high-speed revolution. Today, China is setting the pace as it crafts a nationwide network of super-railways, and Morocco and Saudi Arabia are on the cusp of launching trains that travel at 300km/h. The USA lags far behind, outpaced by Asia and Western Europe, where Eurostar links London to the international high-speed network although a new-generation railway to northern England is still missing. Here is the full story of high-speed trains, retold in a journey across countries and continents. The Second Age of Rail is railway history in the making. AUTHOR: Murray Hughes is editor of Railway Gazette International, in which capacity he witnessed many key events in the development of high-speed trains in different countries. His fluency in French, German and Spanish helped him build relationships with some of the engineers and entrepreneurs who drove that development, and this was reflected in the success of the magazine which scooped many high-speed rail stories. Previously he was Foreign/News Editor for Modern Railways, and spent time working with Swiss Railways and the International Union of Railways in Paris. He has written a number of books and articles and lives in West Sussex. 165 colour illustrations
Format: Paperback
Pages: 192
Illustration: B&W THROUGHOUT
Availability: Available. Usually dispatched 1-2 business days
Publisher: HISTORY PRESS
Publication date: 13/11/2020
Country of publication: UNITED KINGDOM
Weight: 0 g
Dimensions: 226.00mm X 248.00mm
Code: 58921