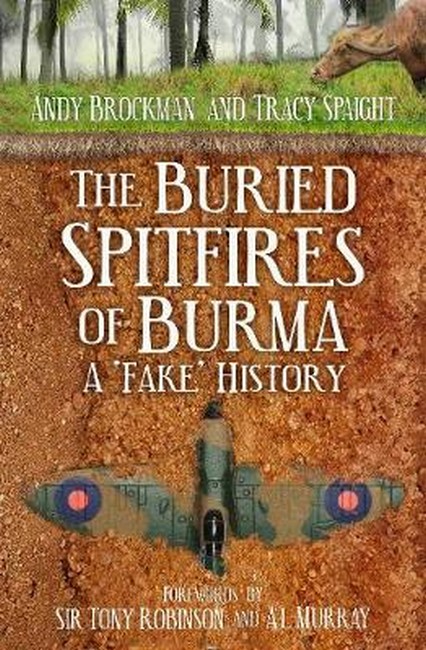 The Buried Spitfires of Burma

This is the story of Lincolnshire farmer David Cundalls quixotic quest to unearth dozens of Spitfire fighters he believes were buried at the end of WWII. Armed with a high-tech survey showing mysterious shapes under the sunbaked surface of Yangon Airport, Davids expedition is equipped with state of the art JCB excavators, supported by a crack team of archaeologists, and bankrolled by Wargaming.net. Nothing can stop him from recovering the iconic aircraft because, as David tells the worlds media, "its impossible to make up this story." This real-life treasure hunt, an enthralling mix of Indiana Jones and Sherlock Holmes, took a team of researchers deep into Myanmar on a quest to find legendary Spitfires. But instead, the team unearths a tale of fake history highlighting the conflict between those want to believe and those who demand evidence. 20 colour and 2 b/w illustrations

Andy Brockman specialises in the archaeology of modern conflict and heritage crime. He has directed excavations on the Burma spitfires, a Home Guard training school, and a WW1 anti-aircraft gun site in London. A historical researcher for documentaries shown on Channel 5, Channel 4, the BBC and Time Team, he also owns and edits heritage current affairs website thePipeLine. Tracy Spaight is Director of Special Projects at Wargaming.net. He has developed interactive exhibits and augmented reality applications for museums, including an AR experience for the Kursk 75th anniversary, and the 100th anniversary of the Battle of Jutland for the NMRN.