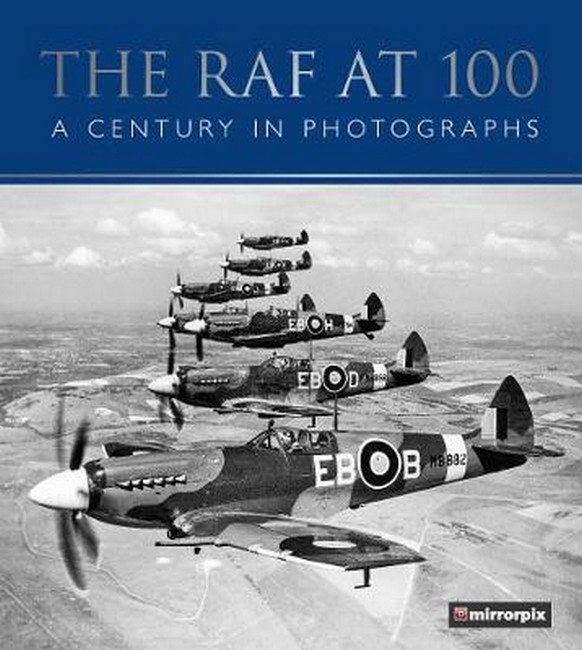 A Century in Photographs by Mirrorpix Code: 49562 Format: Hardback / 144 pages Publication date: 02/10/2017 Availability: Available. Usually dispatched 1-2 business days Price: AU $32.99
The Royal Air Force was formed in 1918 to defend the skies over Britain during the First World War and made a major contribution to winning one of the largest and most devastating conflicts of the twentieth century. Yet, when the war ended, its existence as an independent air service came under threat from severe defence cuts and intense scrutiny from some quarters as to whether it was needed at all. The Second World War put paid to all the uncertainty and sealed the RAF's place in the armed services. It has since played a vital role in many large-scale conflicts, as well as in peacekeeping and international aid operations. Celebrating a century of the world's oldest independent air force, The RAF at 100 showcases vivid and evocative images from the Mirrorpix archive that trace the story of the RAF from its earliest days through wartime and peacetime and into the modern age.
Format: Hardback
Pages: 144
Illustration: B&W THROUGHOUT
Availability: Available. Usually dispatched 1-2 business days
Publisher: HISTORY PRESS
Publication date: 02/10/2017
Country of publication: UNITED KINGDOM
Weight: 0 g
Dimensions: 190mm X 170mm
Code: 49562