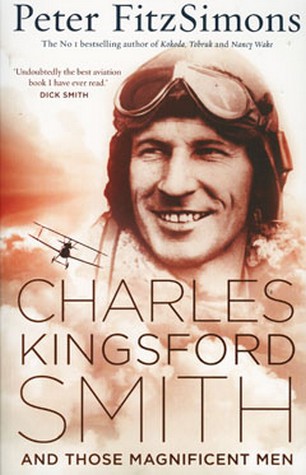 by Peter FitzSimons Code: 23121 Format: Paperback / 704 pages Publication date: 01/07/2010 Availability: Available. Usually dispatched 1-3 business days Price: AU $37.95
Publisher's Notes: Known to millions of Australians simply as "Smithy", Charles Kingsford Smith was one of Australia's true twentieth-century legends. In an era in which aviators were superstars, Smithy was among the greatest. Among other achievements, Kingsford Smith was the first person to fly across the Pacific and at one point he held more long-distance flying records than anyone else on the planet. If that wasn't enough, Smithy was also a war hero, receiving the Military Cross for gallantry in action after being shot during one of many flying missions during World War I. This comprehensive biography covers the triumphs and tragedies of not only Kingsford Smith's daring and controversial life but also those of his companion aviators.
Format: Paperback
Pages: 704
Availability: Available. Usually dispatched 1-3 business days
Publisher: HARPER COLLINS PUBLISHERS
Publication date: 01/07/2010
Country of publication: AUSTRALIA
Weight: 936 g
Dimensions: 233mm X 155mm
Code: 23121