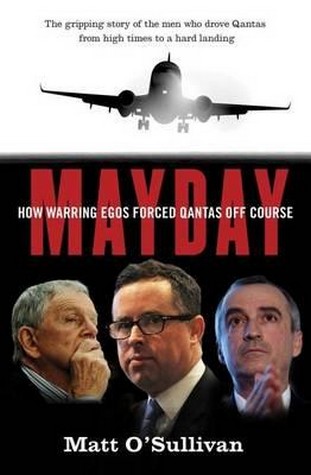 Power-plays, public spats, strategic blunders, betrayal and revenge: the fall of Qantas has more intrigue and drama than any in-flight movie. How did a national icon become a national liability? Founded in 1920 by two WWI pilots and a grazier, the Flying Kangaroo is one of the oldest and most respected airlines in the world. Famous for never having lost a jet aircraft in flight, in late 2014 Qantas had a crash of a different kind, recording one of the largest losses in global aviation history. A sequence of crises on the ground and in the air have all taken their toll.At the centre of the decline has been Alan Joyce, controversially appointed CEO in 2008. His supporters applaud him for tackling problems ignored by his predecessors. His critics accuse him of unconscionable mismanagement and irreversible damage – from ongoing feuds with predecessor Geoff Dixon and Virgin boss John Borghetti (a one-time leadership rival), to a botched bid for government aid, Joyce has had the roughest of rides.Mayday takes us behind the headlines, to tell the full story of a company at war with itself, and the world. Senior journalist Matt OSullivan tells us what was happening on the Qantas executive floor as QF32 threatened to fall from the sky; documents the incredible story of the airlines numerous failed forays into Asia; and reveals the truth behind Joyces infamous 2011 decision to ground Qantas entire fleet.Compelling and informative, Mayday is the definitive account of the high stakes fight for supremacy of the skies.