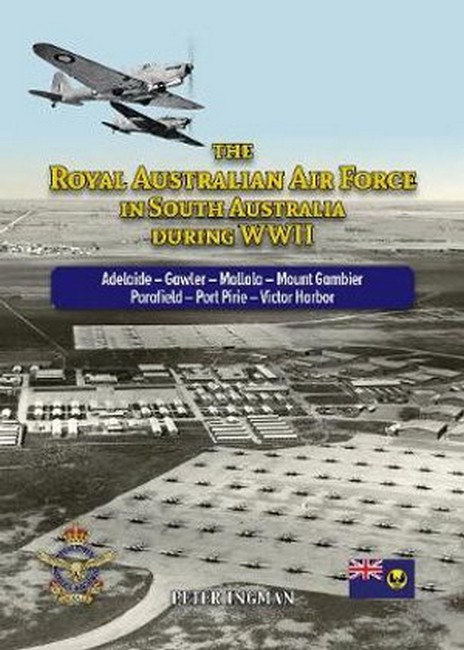 The Royal Australian Air Force in South Australia during WWII

Adelaide - Gawler - Mallala - Mount Gambier - Parafield - Port Pirie - V by Ingman, Peter Code: 60582 Format: Paperback / 92 pages Publication date: 01/06/2021 Availability: Future Publication. Pre-order now. Due date: June 2021 Price: AU $29.95
At the start of the Second World War there was no permanent RAAF presence in South Australia, but within just two years there were several facilities housing thousands of personnel and hundreds of aircraft. The bulk of this hurried expansion involved Empire Air Training Scheme facilities and saw some 23,000 South Australians serve locally with the RAAF. New air bases were constructed at Port Pirie, Mallala and Mount Gambier while an elementary flying training school was run from Adelaide's existing airport at Parafield. Other large ground training facilities were established at Victor Harbor and in central Adelaide. After Japan's entry into the war Avro Anson training aircraft were formed into reserve squadrons to protect South Australia's coasts. A 1942 scheme saw a ring of airfields planned for the defence of Adelaide itself. Ultimately, just one of these was completed, Gawler, and it became the only wartime South Australian airfield with a sealed runway. No. 86 Squadron, flying Kittyhawk fighters, and No. 21 Squadron, flying Vengeance dive-bombers, were both based there during 1943. In the final two years of the war Parafield was busy as a centre for C-47 Dakota operations, housing both an Australian and a British transport squadron. In 1945 the RAAF presence in South Australia ended as quickly as it began, and for this reason the story has been mostly forgotten. Some 147 members of the RAAF died in the state during the war and now the history surrounding their sacrifice can be told.
Format: Paperback
Pages: 92
Availability: Future Publication. Pre-order now. Due date: June 2021
Publisher:
Publication date: 01/06/2021
Country of publication: UNITED KINGDOM
Weight: 0 g
Dimensions: 297.00mm X 210.00mm
Code: 60582