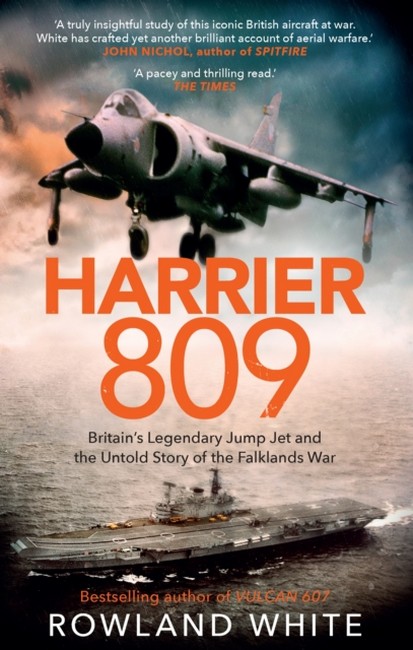 From one of the leading voices in aviation non-fiction, and the bestselling author of VULCAN 607, the untold story of the Falklands War and the iconic 809 Squadron. Perfect for fans of SPITFIRE. Utterly brilliant- a fantastically exciting book... This really does read like the best kind of thriller. His best book yet James Holland, author of Normandy 44 April 1982. Argentina invades the Falkland Islands. In response, Britain despatches a naval task force. Eight thousand miles from home, its fate hinges on just twenty Sea Harriers against the two hundred-strong might of the Argentine Air Force. The odds against them are overwhelming. The MoDs own estimates suggest that half the Harriers will be lost in the opening days of the conflict. They need backup. Within three weeks 809 Naval Air Squadron is reformed, trained and heading south, ready for war. Not since World War Two had so much been expected of such a small band of pilots.

Rowland White is the author of four critically acclaimed works of aviation history- Vulcan 607, Phoenix Squadron, Storm Front and Into the Black, as well as a compendium of aviation, The Big Book of Flight. Born and brought up in Cambridge, he studied Modern History at Liverpool University. In 2014 he launched Project Cancelled to produce apparel inspired by the best in aviation, space and other cool stuff. Find it at projectcancelled.com For more information on Rowland White and his books visit his website at rowlandwhite.com or find him on Twitter at @rowlandwhite