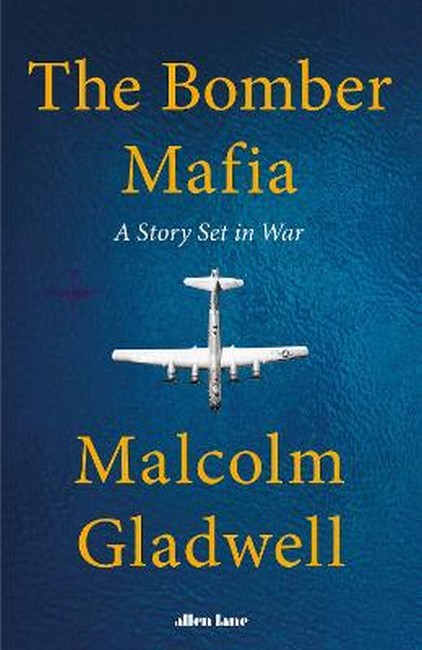 A riveting tale of persistence, innovation, and the incalculable wages of war, from the international bestselling author of Talking to Strangers and host of the award-winning podcast Revisionist History Most military thinkers in the years leading up to World War II saw the airplane as an afterthought. But a small band of idealistic strategists had a different view. This "Bomber Mafia" asked- What if precision bombing could, just by taking out critical choke points - industrial or transportation hubs - cripple the enemy and make war far less lethal? In The Bomber Mafia, Gladwell delves deep into questions of how technology and best intentions collide in the heat of war.

Review: A parable written for the age of technological disruption . . . brilliantly told -- James McConnachie * Sunday Times *
Remarkable . . . a work of art . . . one puts this book down shaking ones head at the folly and human cost of it all -- Paul Kennedy * Wall Street Journal *
Gripping . . . in Gladwells deft hands, the Air Force generals of World War II come back to life as the stirring 20th-century equivalent of Adm. Horatio Nelson and his band of audacious captains from the age of fighting sail . . . Gladwell is a wonderful storyteller -- Thomas E. Ricks * The New York Times *
Impassioned . . . engagingly written -- Saul David * Telegraph *
Riveting . . .The Bomber Mafia looks at one of the greatest moral challenges of the Second World War -- Michael Lewis * author of The Fifth Risk *
Told with the muscular, driving narrative and fizzingly charismatic (real-life) characters of a movie -- Ed Grenby * Radio Times *
A thought-provoking, accessible account of how people respond to difficult choices in difficult times . . . Gladwells easy conversational style works well . . . his portraits of individuals are compelling -- Diana Preston * Washington Post *
Unexpected empathy . . . fabulistic energy * Esquire *
Lively, engaging . . . a fascinating story -- Gerard DeGroot * The Times *
Important and characteristically readable . . . Gladwell is possibly the most confident storyteller in non-fiction. He always knows exactly where he is going, and he takes you with him in pleasure and comfort. -- Simon Kuper * New Statesman *

Malcolm Gladwell is the author of six international bestsellers- The Tipping Point, Blink, Outliers, What the Dog Saw, David and Goliath and most recently, Talking to Strangers. He is the host of the podcast Revisionist History, a staff writer at The New Yorker, and co-founder of the audio company Pushkin Industries. He graduated from the University of Toronto, Trinity College, with a degree in history. Gladwell was born in England and grew up in rural Ontario. He lives in New York.