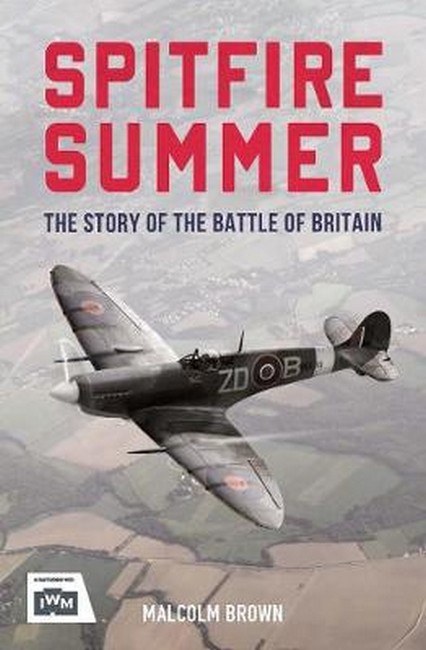 The Story of the Battle of Britain by Brown, Malcolm Code: 58230 Format: Paperback / 240 pages Publication date: 15/07/2020 Availability: Future Publication. Pre-order now. Due date: July 2020 Price: AU $24.99
In the summer 1940 Britain stood alone as Nazi Germany was swiftly tightening its grip on Europe. Hitler's forces appeared to be invincible, having swept through Poland, Belgium, the Netherlands and France. Invasion seemed inevitable as the Fuhrer's eyes turned to Britain, isolated against the might of fascism. But Hitler reckoned without the indomitable will and spirit of the British people and their leader, Winston Churchill. Spitfire Summer is the story of that extraordinary time: packed full of unique material and first-hand accounts from the archives of the Imperial War Museum, it tells of the men and women who won the Battle of Britain in that fateful summer, at home and in the air.
Format: Paperback
Pages: 240
Availability: Future Publication. Pre-order now. Due date: July 2020
Publisher: ANDRE DEUTSCH LTD
Publication date: 15/07/2020
Country of publication: UNITED KINGDOM
Weight: 0 g
Dimensions: 234mm X 153mm
Code: 58230

Foreword * Personal Prologue * The Hour, The Man, The Weapon * Operation Sicklecut: Defeat in Europe * Operation Dynamo: Escape from Dunkirk * "If necessary, alone" * "Go to it" * Waiting for the Enemy * Battle in the Skies * When the Bomber got Through * "In Peril on the Sea" * Blitz and Closedown * Postscript: Ottawa, Winter 1941 * Maps * Abbreviations and codenames * Chronology * Acknowledgements * Notes and sources * Bibliography * Index of Contributors * Index.