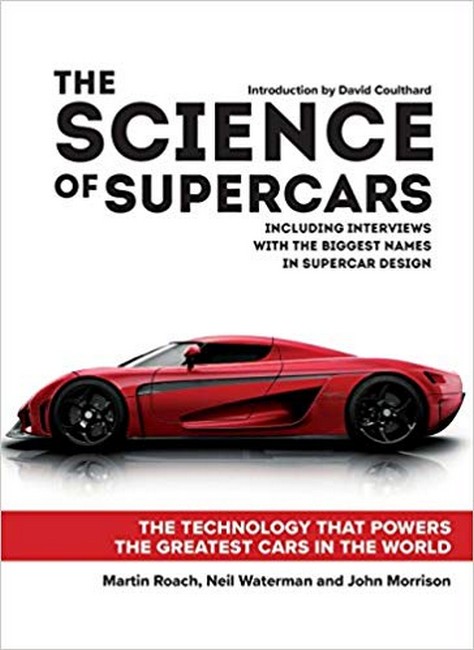 The Science of Supercars

Trace the evolution of the supercar through the technology that drives it. In The Science of Supercars, the authors describe the history of supercars, unraveling the mysteries and mechanics of the cars that changed the automotive world forever. In-depth interviews with the top names in the supercar and racing industries reveal their opinions on todays supercars and their visions for the future. David Coulthard, runner-up in the 2001 Formula One World Drivers Championship, provides the introduction. The authors follow with comprehensive chapters of inside information and exciting photographs that will be a catalog for supercar shoppers and a dream diary for others. The images show the interiors and exteriors of supercars and illustrated insets explain the technology. 1. The Thirst for Power - The internal combustion engine and the early days of speed 2. Style Versus Substance - Next steps, and the birth of aerodynamics 3. Emerging Technologies - The mechanics of war drive the birth of the supercar 4. Configuration - The Miura, the E-Type and the dawn of the modern age 5. The Science of Theater - Fashion and styling take center stage 6. The Turbo Years - The Porsche Turbo and the rebirth of supercar science 7. All-Wheel drive - Power or technology: how designers keep the cars on the road 8. Composites - The McLaren F1 and its technological legacy 9. Emerging Aero - Understanding the complex art of aerodynamics 10. Going to the Opera - The remarkable science behind the era-defining Bugatti Veyron 11. The Holy Trinity - Hybrid tech ushers in a new kind of supercar 12. The Future - The technology on the verge of reshaping the landscape. The Science of Supercars includes interviews with three of the top figures in the supercar world: Adrian Newey, legendary British Formula One engineer; Dr. Wolfgang Schrieber, Chief Engineer of the Bugatti Veyron; and Gordon Murray, designer of the McLaren F1 supercar, as well as contributions from iconic supercar manufacturers that include Lamborghini, Porsche, Bugatti, Pagani and McLaren.

Martin Roach is a best-selling author of a number of high-profile books about supercars. Neil Waterman has spent 35 years working in the highest levels of motorsport. John Morrison has over 50 years experience as a racing driver, including winning the Daytona 24 and competing in Le Mans 24-Hour race