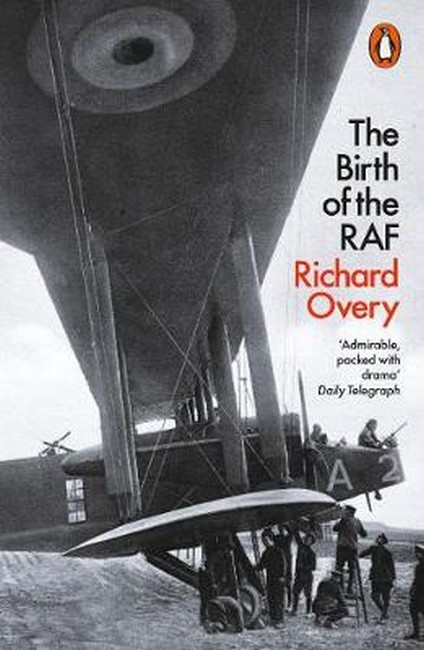 The World's First Air Force by Overy, Richard Code: 56560 Format: Paperback / 160 pages Publication date: 01/03/2019 Availability: Available. Usually dispatched 1-3 business days Price: AU $22.99
The dizzying pace of technological change in the early 20th century meant that it took only a little over ten years from the first flight by the Wright Brothers to the clash of fighter planes in the Great War. A period of terrible, rapid experiment followed to gain a brief technological edge. By the end of the war the British had lost an extraordinary 36,000 aircraft and 16,600 airmen. The RAF was created in 1918 as a revolutionary response to this new form of warfare - a highly contentious decision (resisted fiercely by both the army and navy, who had until then controlled all aircraft) but one which had the most profound impact, for good and ill, on the future of warfare. Richard Overy's superb new book shows how this happened, against the backdrop of the first bombing raids against London and the constant emergency of the Western Front. The RAF's origins were as much political as military and throughout the 1920s still provoked bitter criticism. Published to mark the centenary of its founding this is an invaluable book, filled with new and surprising material on this unique organization.
Format: Paperback
Pages: 160
Availability: Available. Usually dispatched 1-3 business days
Publisher: PENGUIN BOOKS
Publication date: 01/03/2019
Country of publication: UNITED KINGDOM
Weight: 146 g
Dimensions: 198mm X 129mm
Code: 56560