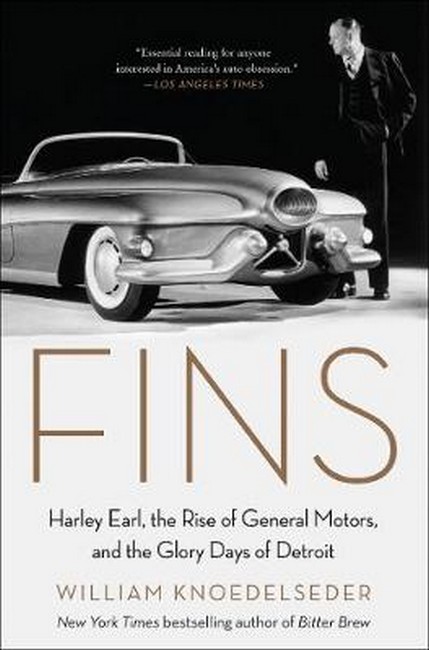 Harley Earl, the Rise of General Motors, and the Glory Days of Detroit by Knoedelseder, William Code: 57152 Format: Paperback / 336 pages Publication date: 31/08/2019 Availability: In Stock. Usually dispatched same business day from Sydney, Australia Price: AU $27.87
The New York Times bestselling author of Bitter Brew turns to the American auto industry, chronicling its birth and rise to greatness through the remarkable life of Harley Earl, the eccentric visionary who revolutionized the way cars were made, marketed, and even imagined. Harley Earl's story qualifies as a bona fide American saga. Beginning in the Michigan pine forest in the years after the Civil War, the story traveled across the Great Plains on the wooden wheels of a covered wagon, and eventually settled in a dirt road village in California called Hollywood, where young Harley took the skills he learned working in his father's carriage shop and applied them to designing sleek, racy-looking automobile bodies for the fast crowd in the burgeoning silent movie business. As the 1920s roared with the sound of mass manufacturing, Harley went to Detroit at General Motors' invitation and introduced art into the rigid mechanics of automaking. Over the next thirty years, Harley operated as a kind of combination Steve Jobs and Tom Ford of his time, redefining the form and function of the country's premier product. His impact was profound. When he retired as GM's vice president of styling in 1958, Detroit reigned as the manufacturing capital of the world, and General Motors ranked as the most successful company in the history of business. William Knoedelseder tells the story in ways both large and small, weaving the history of the automaker with the histories of Detroit and of the Earl family, and examining the effects of the automobile on America's economy, culture, and national psyche. As he did in Bitter Brew, Knoedelseder uncovers personal tragedies, corporate battles, and moments of sheer genius, providing rich portraits of this difficult and surprisingly canny genius and of the company-and country-he helped to shape.
Format: Paperback
Pages: 336
Availability: In Stock. Usually dispatched same business day from Sydney, Australia
Publisher: HARPERCOLLINS PUBLISHERS NZ
Publication date: 31/08/2019
Country of publication: UNITED STATES
Weight: 454 g
Dimensions: 203mm X 135mm
Code: 57152