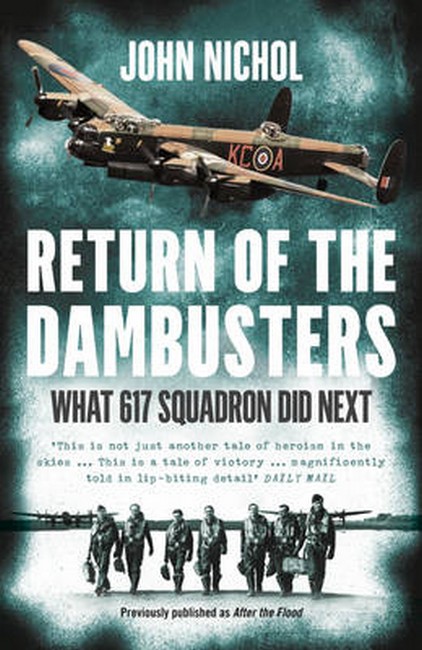 Return of the Dambusters

(Previously published as After the Flood) Former RAF Tornado Navigator and Gulf War veteran John Nichol sets out on a personal journey to discover what happened to 617 Squadron after the flood. RAF 617 Squadrons destruction of the dams at the heart of the Ruhr made them heroes and celebrities of their time. But this elite squadron was also called upon for a hundred more of the most secret and dangerous specialist precision attacks. As bestselling author John Nichol discovers, 617 would drop the largest bombs ever built on battleships, railway bridges, secret weapon establishments, rockets sites and U-boat construction pens. They were involved in attempts on the lives of enemy leaders, both Hitler and Mussolini, created a false fleet on D-day which fooled the Germans, and knocked out a German super gun which would have rained 600 shells an hour on London. Of the 77 men who made it home from dams raid, only 45 survived to see the victory for which they fought - as 617s reputation called them into action again and again.