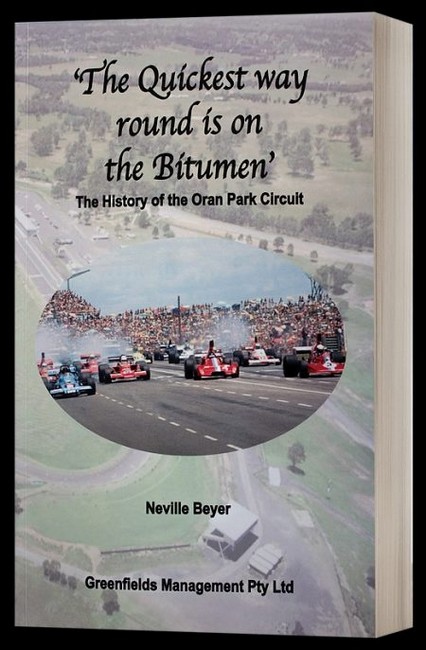 The Quickest Way Round is on the Bitumen

This book tells the story of the development of the circuit from 1962 to 2010 and the stories from the background. It is written as a tribute to the thousands of volunteers responsible for the much-loved Sydney track, which operated for almost half a century until closure and demolition in 2010. It is also a reminder that Motor Racing in Australia has become over commercialised with too many one-off road circuit events with very limited eligibility for the majority of potential competitors. Oran Park was a circuit which catered for motor sport as against just Motor Racing and we will probably never see its like again.

Neville Beyer became a member of the Singer Car Club which built the Oran Park circuit in March 1962, volunteering as a flag marshal. He would go on to become chief flag marshal then circuit coordinator and ultimately chief official by the time Oran Park closed. He is highly qualified to detail its history.