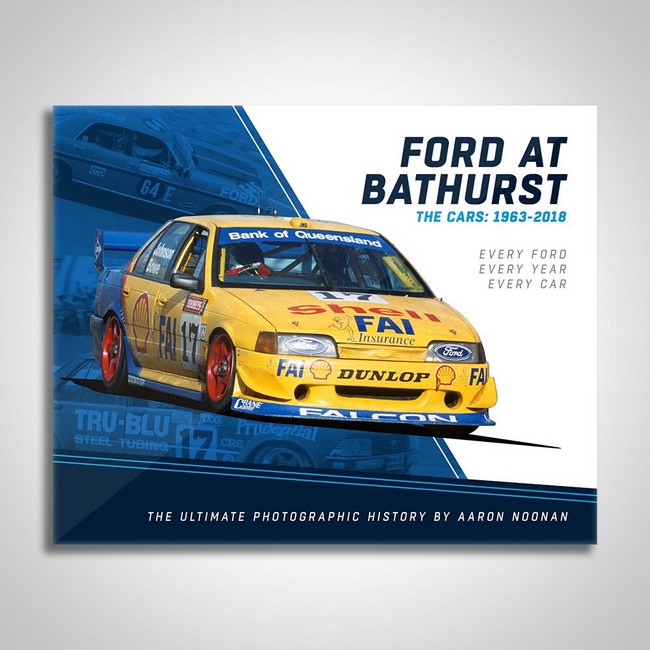 For the first time, the ultimate photographic history of Ford at Bathurst is being published to coincide with the final year of Falcon competing in the Bathurst 1000.

Never-before-attempted, this 300-plus page, hardcover, limited edition collector’s book by author Aaron Noonan and publisher V8 Sleuth will include over 800 photos, featuring every Ford to have competed in the Bathurst 500/1000 between 1963 and 2018, including non-starting cars, non-qualifiers, spare and test/training cars too.

Hot on the heels of the sister publication documenting every Holden to compete in the Bathurst classic by the same author, this book will also be a limited edition release and is bound to also be very popular - so don’t miss out!