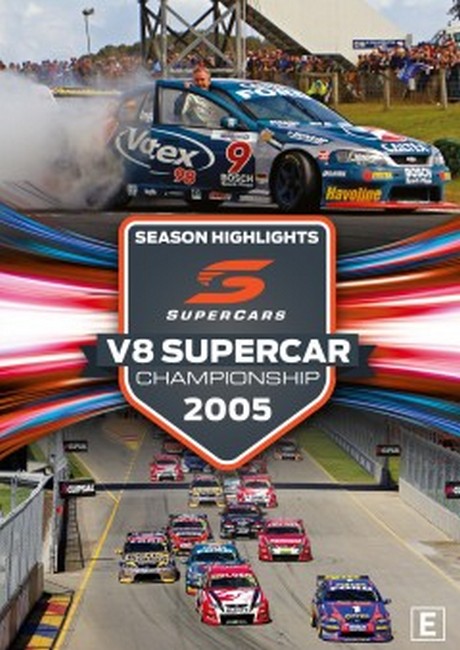 The 2005 V8 Supercar Championship Series completes yet another exciting chapter in the rich history of Australia’s premier Motorsport category.

In one of the closes finishes on record, Russell Ingall triumphed over Craig Lowndes to shake off his bridesmaid tag, claiming his first Series title after 11 attempts and four runner-up trophies.

The action packed 13-Round Series also took to the air when 32 V8 Supercars were flown to the $500 million Shanghai International Circuit for the international debut of the category outside Australasia.

Relive all the excitement, controversy and clashes that made the 2005 V8 Supercar Championship Series one to remember.