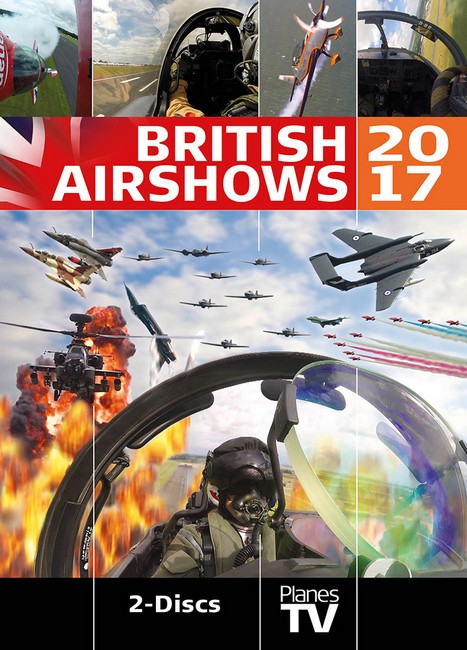 We topped and tailed the year with visits to IWM Duxford, the Air Festival in May and Battle of Britain Air Show in September. The Armee de l’Air Rafale stole the show in May and in September Hurricanes were the focus with no fewer than 6 displaying together.

The Swiss also provided the finale to RNAS Yeovilton Air Day with a display by the F-5Es of the Patrouille Suisse. Air Day always provides lots of pyrotechnics, this year adding explosive accompaniment to the dramatic AAC Apache and Wildcat Role Demonstrations.

We enjoyed 4 days of action covering Airbourne: Eastbourne’s International Airshow. In 2017 the show had a good variety in the flying display including the flare-filled Belgian F-16 display and the 6 Vans aircraft of the civilian Team Raven.

As a Lincolnshire based company it was a real pleasure to be involved in the first Scampton Airshow, with the Red Arrows no doubt enjoying a home show too. We focus on the RAF contribution to the flying display including a superb appearance from the Typhoon solo in dramatic, vapour producing sky complete with in-cockpit view.

Over 50 aircraft types are included in this action packed programme from 7 events:

There’s even more on disc 2 which is filled with many in-cockpit special features on board with the following: