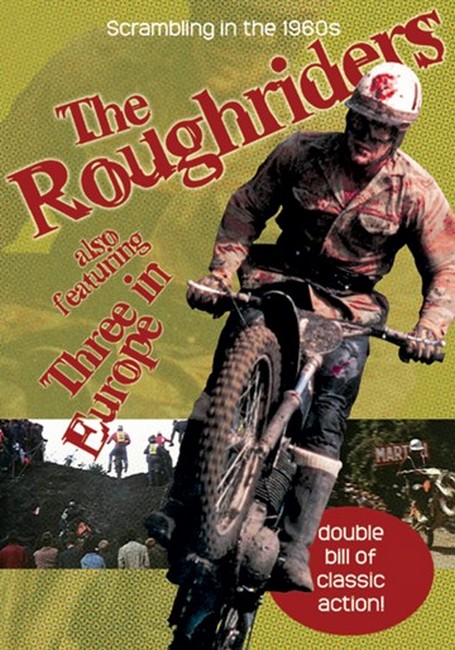 The Roughriders: Scrambling in the '60's DVD

Another double bill of nostalgia from the archives, this time dating back to the late 60s and when big thumpers still ruled the roost and two-strokes were emerging but not taken seriously!

In The Roughriders, Jeff Smith and Arthur Lampkin on works BSAs take on the likes of Rolf Tibblin and Bill Nilsson at several classic venues including Namur, Sweden and Hawestone Park, UK.

Then, in Three in Europe we join John Banks, Vic Eastwood, Dave Nicoll and Keith Hickman on the championship trail in the late summer of 69, a long way from home. Riding the works BSAs, they were up against formidable opposition including Roger de Coster and Bengt Aberg.

Also features motocross action from the Luxembourg, French and Swiss GPs; sadly, this was the end of an era of British motocross GP winners on British machinery.