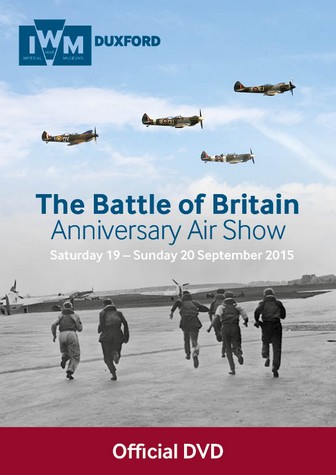 by Planes TV Code: 37993 Format: DVD Publication date: 29/11/2015 Availability: Sold Out Price: AU $44.95
The 2015 IWM Duxford Battle of Britain Anniversary Air Show commemorated the 75th anniversary of the Battle of Britain. The flying display tells the story of RAF Duxfords pivotal role in this historic WWII aerial battle. PlanesTV had a big team at the show anxious to record the fabulous 17 Spitfire formation and ensuing tail chase as well as possible. We had on board cameras with some of the aircraft in the formation giving wonderful views of what was a stunning display. The show started with a recreation of a squadron scramble, with pilots running towards their waiting aircraft. The enemy aircraft, played by Me109 Buchon and an Me108, were interecepted by a Spitfire and Hurricane. Other highlights included the newly restored Blenheim flying in formation with 3 Hurricanes and the shows Red Arrows finale on Sunday in a beautiful sky.
Format: DVD
Availability: Sold Out
Publisher: PLANESTV.COM
Publication date: 29/11/2015
Country of publication: UNITED KINGDOM
Weight: 100 g
Dimensions: 150mm X 150mm
Code: 37993